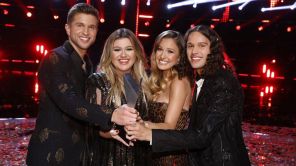 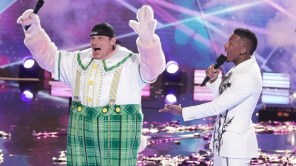 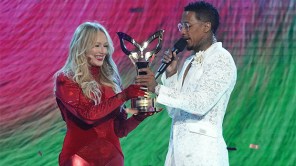 Like with the rest of the TV business, 2021 was challenging for reality competition series as they adjusted to production amid a pandemic. No series has been harder to pull off in a pandemic than CBS’ globetrotting The Amazing Race, which was sidelined the longest by Covid and did not air an installment in 2021; its next, 33rd season, premieres in January.

Another long-running reality franchise, ABC’s The Bachelor, made the most headlines in 2021. History was made when Matt James became the first Black lead of the mothership The Bachelor series’ 13th season. In another franchise first, the most recent cycle of The Bachelorette produced the first Black couple when leading lady Michelle Young chose Nayte Olukoya and the duo got engaged.

But the milestones were overshadowed by the racism controversy surrounding The Bachelor host Chris Harrison, who ultimately exited the franchise after 19 years.

Like ABC’s The Bachelor franchise, which had been criticized for only casting white leads until the first Black Bachelorette (Rachel Lindsay in 2017) and first Black Bachelor (James in 2021), CBS had long faced scrutiny over the lack of diversity in its slate of reality series including Survivor and Big Brother. To address that, the network last November introduced a series of representation targets. CBS pledged that 50% of its casts for its unscripted shows must be Black, Indigenous or People of Color and that at least 25% of its annual unscripted development budget must go towards creators and producers that are BIPOC.

In the first year since the plan was implemented, Big Brother this past summer had its most diverse cast ever. Landing all nine jury votes in the final, Xavier Prather beat Derek Frazier to become the first Black contestant in the show’s 21-year history to win the big prize during the regular season.

ABC’s Dancing With the Stars also broke new ground in 2021. Its 30th season featured a same-sex partnership for the first time in the show’s history. JoJo Siwa and partner Jenna Johnson finished as runners-up to Iman Shumpert and Daniella Karagach.

And NBC’s The Voice marked a first in the most recent cycle when sibling group Girl Named Tom became the first trio to win the singing competition.

There weren’t major changes at the Emmys where VH1’s RuPaul’s Drug Race and its host RuPaul Charles extended their winning streaks for Outstanding Reality Competition Reality Series and Outstanding Host for a Reality or Competition Program, respectively, to four and six.

Click on the photo above to launch a gallery of the major reality competition series winners in 2021 including for The Voice, American Idol, The Masked Singer, The Bachelor franchise and RuPaul’s Drug Race.