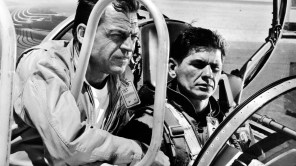 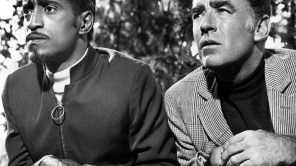 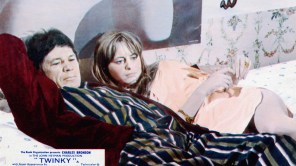 Lauren Shuler Donner, the wife and sometimes producing partner of husband Richard Donner, who died Monday at age 91, was understandably emotional when I spoke with her today. She expressed sadness at the loss, as well as sympathy for the loss of movie lovers everywhere who were fans of Superman, The Omen, The Goonies, Ladyhawke, Scrooged, the Lethal Weapon movies, Maverick, 1997’s now oddly-timelier Conspiracy Theory and countless others including those he produced like Free Willy, The Lost Boys and X-Men. No question Dick Donner was a giant, and widely admired as you can probably tell from the outpouring of reaction on Deadline.

Steven Spielberg, for whom Donner made the aforementioned The Goonies, called him “the greatest Goonie of them all” (a proposed long-awaited sequel, and a “re-enactment” TV film are listed on IMDb with Donner’s name attached as an executive producer).

“He was a great man. I was a very very lucky woman. But he was very sick, so it was time for him to go,” Shuler Donner told me with sadness clearly in her voice, but also a determination to make sure Donner is remembered for everything he stood for, and a remarkable directing career that stretched back more than 60 years after first starting as an actor.

Donner’s first feature behind the camera was a 1961 film called X-15 (an ironically titled debut film for a man who also was executive producer with his wife on X-Men). That debut project co-starred Charles Bronson and a then virtually-unknown Mary Tyler Moore (“Actually Filmed In Space,” the movie poster exclaimed). Donner’s work on many classic TV shows in the 1960s — including the iconic 1963 “Nightmare At 20,000 Feet” episode of The Twilight Zone starring William Shatner (one of many he did for that immortal series) — only prepared us for a memorable, long-lasting film career.

“The love for him coming out is amazing. That’s who he was, Pete. He was larger than life and fun and generous, and everybody who knew him loved him, absolutely loved him. I have so many emails and texts — I will never be able to get through them. The outpouring of love. The good news is all this love came out when he was alive, just his attitude and his joie de vivre,” Shuler Donner said. “I have this philosophy. I believe that the director’s personality is on the screen. Dick was a big, larger-than-life, generous, happy guy who just wouldn’t get bogged down in anything petty, wouldn’t get bogged down in competition, he was just always personable. If he couldn’t remember your name, he’d call you ‘kid.’ Everybody would say later on, ‘Oh he had a nickname for me. He called me kid,’ but he always made you feel you were very special.

“He had a really big heart. He was a big guy, he’d wrap your arms around you. You felt love. You felt the warmth. He was giving, he was caring, he didn’t bother with bullsh*t. He was tough when he had to be tough. His crews loved and respected him. He was a great leader, but he also made it fun for them. He would play pranks on everybody, and they would play pranks on him. Going on the set you took your life into your hands. He found the joy in life and he was hellbent on sharing it. We were together 38 years, but certainly those years before he also lived life – a lot of women, he did a lot of drugs, he did a lot of parties, and he made a lot of good movies.”

She told me there will be a celebration of his life later this year. “I will have a memorial in September at Warner Bros when everybody is back from their vacations. I want to make sure everybody who wants to go can go,” she promised.

During our conversation I mentioned my own encounters with Dick Donner, most memorably for me in 1988 on the set of his Christmas classic with Bill Murray, Scrooged. I was a producer on Entertainment Tonight and had arranged for the first time ever in the show’s history to do a live set visit on an adjacent stage where the film was shooting at Paramount, right near the ET soundstage.  We never did this kind of thing live within the taping of the show, but Donner was excited to make it happen, and it was all ready with our host John Tesh standing by to interview Murray right in the heart of the set on a brief break from shooting.

However, as the actual moment approached, Murray, apparently not in a great mood, was AWOL, and actually in that Hollywood cliché of clichés “not coming out of his dressing room” for whatever reason. With mounting pressure from not only my crew on set, but also our control booth ready for this “live” event, I was beginning to see my career pass in front of my eyes when Donner, as only he could do it, took charge, promised us this would happen, and somehow coaxed his star on to the set just moments before we had to start. It went great, and it was only because no one ever said no to Dick Donner.

It was just a few days ago I got word from an industry source that there was movement in the Academy of Motion Pictures Arts and Sciences to give Donner an Honorary Oscar at the next Governors Awards being presented January 15. However I am told that at the board meeting on June 22, it didn’t come together in time. In reporting on the 2022 honorees selected at that meeting (ironically, one of them is Jean Hersholt Humanitarian recipient Danny Glover, who just gave a statement to Deadline about how heartbroken he is over the loss of his Lethal Weapon director), I mentioned the anecdote about Donner and that maybe the Academy would recognize him next time. No one would certainly have deserved it more.

Dick Donner didn’t really make the kind of auteur-driven movies that win lots of prizes anyway. Donner made movies for people who loved movies, many of them beautifully larger than life, just like the man himself.