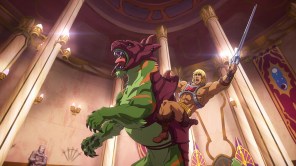 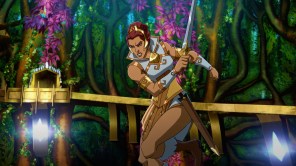 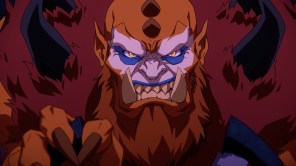 Netflix on Thursday unveiled the premiere date and a slew of first-look photos for Masters of the Universe: Revelation, the CG-animated new series from Kevin Smith that offers a new take on the He-Man universe. The five-episode Part 1 of the series based on the Mattel character will bow on the streamer Friday, July 23.

Smith is executive producer and showrunner of the series, produced by Mattel Television. He said the new Masters of the Universe is set up as the next episode of the original animated series He-Man and the Masters of the Universe, which aired  from 1983-85 and introduced He-Man and Skeletorfrom Mattel’s toy line (Mattel Television is a producer here.

In the new series, following a cataclysmic battle between He-Man and Skeletor, Eternia is fractured and the Guardians of Grayskull are scattered. And after decades of secrets tore them apart, it’s up to Teela to reunite the broken band of heroes, and solve the mystery of the missing Sword of Power in a race against time to restore Eternia and prevent the end of the universe.

Click on the photo above to launch the gallery of first-look-images.