'This Is Us': How NBC Drama Wrapped The Pearsons' Story After Six Seasons; Dan Fogelman Breaks Down Series Finale; Stars React To End
Read the full story
March 14, 2021 8:29pm
26 View All 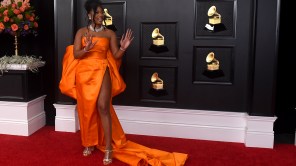 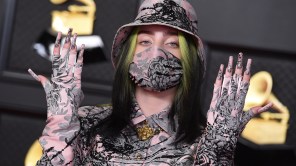 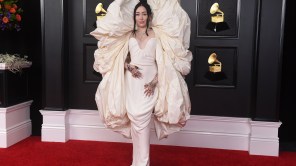 Harry Styles kicked off the live-performance-loaded Grammy Awards on Sunday with his hit “Watermelon Sugar,” which turned out to be a harbinger when later in the night the former OneDirection singer won Best Pop Solo Performance for the song.

It kicked off a Grammy night on CBS that featured several back-to-back-to-back performances that led in and out of the handing out of awards, including from all of the Record of the Year nominees, except Beyoncé. The format included several artists waiting for their turn hanging hear the stage to bob their heads along to the music.

The highlight of the night might have been Cardi B and Megan Thee Stallion performing their normally NSFW song “WAP” live for the first time, complete with a stripper pole and an oversize bed on which the two definitely did not observe social distancing protocols.

Also standing out was Lil Baby performing the politically charged “The Bigger Picture” live on the streets of L.A. next to Staples Center, where the Grammys were taking place. BTS, meanwhile, re-created the Staples Center set in South Korea, where they performed “Dynamite” live.

Taylor Swift did a medley of “Cardigan,” “August” and “Willow” on a lush set backed by Jack Antonoff and the National’s Aaron Dessner.

Check out clips of the 2021 performances below; we will update the post as they become available:

Billie Eilish
“Everything I Wanted”

Videos not yet available: