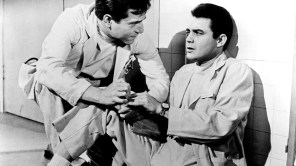 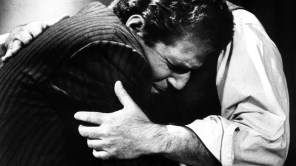 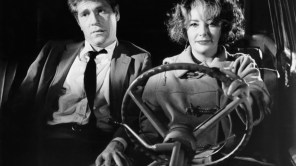 Tributes and remembrances began pouring in for the Oscar-nominated George Segal after his wife, Sonia Segal, confirmed the actor’s passing Tuesday at age 87.

In addition to his long résumé, Segal has been a regular on ABC’s The Goldbergs. That show’s creator, Adam F. Goldberg, was among the first to weigh in today, posting a collage of photos: Segal playing banjo, Segal dressed as a Transformer, Segal in full Batman attire, Segal with his Hollywood Walk of Fame star.

“Today we lost a legend,” wrote Goldberg. “It was a true honor being a small part of George Segal’s amazing legacy. By pure fate, I ended up casting the perfect person to play Pops. Just like my grandfather, George was a kid at heart with a magical spark.”

Today we lost a legend. It was a true honor being a small part of George Segal’s amazing legacy. By pure fate, I ended up casting the perfect person to play Pops. Just like my grandfather, George was a kid at heart with a magical spark. I think these memories say it all… pic.twitter.com/D1aNZuT20e

Segal’s co-star on the show, Wendi McLendon-Covey posted a photo of herself and the actor writing simply, “Grateful.”

On behalf of everyone at The Goldbergs we are devastated at the loss of our dear friend, George. He was kind, sweet, beyond talented and funny. George was the true epitome of class and he touched all of our lives so deeply.  It was an honor and a privilege to have him as a colleague and friend all of these years.  It is no surprise to any of us that knew him so well that he is a true national treasure. He will be missed by all. POPS, we will miss your banjo playing and your infectious laugh. Rest in peace.”

We are deeply saddened to learn of the passing of George Segal. He was a true icon and legend in this business and an integral member of our Sony family. George brightened the screen whenever he was on camera and was a warm and genuine gentleman. Our hearts, thoughts and prayers go out to his family and loved ones. We will miss him greatly.

Actress Melissa Joan Hart, who directed an episode of The Goldbergs and also had a cameo on the show, remembered Segal as “a true gem and great man” before adding, “He will be missed!”

Shocked and saddened to hear of #GeorgeSegal passing away!
From being on set of #JustShootMe to directing him on #Goldbergs, he was a true gem and great man. He will be missed! https://t.co/1SvToqUEGH

Just Shoot Me star David Spade paid tribute to Segal next to a cast photo from the NBC comedy.

My friend, who had an amazing and wonderful life. And who luckily wasn't a terrific poker player. RIP #georgesegal, godspeed. pic.twitter.com/SokVxnmG0f

George Segal has gone now. A career that kept going for 50+ because he loved it and he was great at it. RIP

So sorry to hear of the passing of the wonderful George Segal! We did The Zany Adventures of Robin Hood together & I guested on Just Shoot Me. One of a kind and always a joy! #RIPGeorge #RIPGeorgeSegal 💔💔 pic.twitter.com/fEZpQSUkBU

California Split is such a great film.

Good gosh I adored George Segal in the 1970s. https://t.co/zdhGSXGwsP

I was in a writers room once about 20 years ago and George Segal suddenly walked in and said “Are these the writers? I want to meet the writers!” He shook hands with all of us and then left. RIP.

Segal was also remembered by his longtime manager Abe Hoch.

I am saddened by the fact that my close friend and client of many years has passed away. I will miss his warmth, humor, camaraderie and friendship. He was a wonderful human.

Aw! Rip #GeorgeSegal. I used to play poker with him at Norby Walters weekly game. Just a great vibrant man with a wonderfully dry sense of humor. https://t.co/np1B7egQrJ

RIP to the great George Segal, a warm, welcome presence in everything from WHO'S AFRAID OF VIRGINIA WOOLF? (for which he received a Best Supporting Actor Oscar nomination) to A TOUCH OF CLASS to most recently, THE GOLDBERGS.

Thanks for all you shared with us, George. pic.twitter.com/iBuGgR0MQD