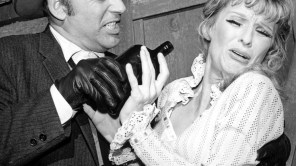 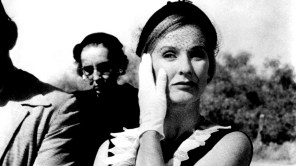 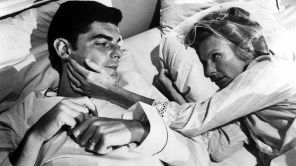 Eight-time Emmy winner Cloris Leachman, who died today at the age of 94, started her acting career after competing in the 1946 Miss America Pageant.

Shortly after, she began guesting on early-TV series such as The Ford Theatre, Suspense, Actor’s Studio, and The Bob & Ray Show. She continued to work in television as the medium evolved and matured, with roles in such classic series as The Twilight Zone, Gunsmoke, Rawhide, The Untouchables, Route 66, Wagon Train, Alfred Hitchcock Presents, 77 Sunset Strip, and a recurring part on more than two dozen episodes of Lassie.

Among her most famous roles were recurring as Phyllis Lindstrom in The Mary Tyler Moore Show and its 1975-77 spin-off, Phyllis. She also famously played the cigar-chomping, violin-playing, over-accented and riotously funny Frau Blücher in Mel Brooks’ 1974 classic horror spoof, Young Frankenstein. She reunited with Brooks to play Nurse Diesel in the 1977 Alfred Hitchcock takeoff High Anxiety, and as French revolutionary Madame Defarge in the underappreciated 1981 sendup History of the World, Part I.

Click on the photo above to launch a gallery of Leachman’s best known works on the big and small screen.