Continue to Deadline SKIP AD
You will be redirected back to your article in seconds
Skip to main content
January 28, 2021 4:19pm
20 View All 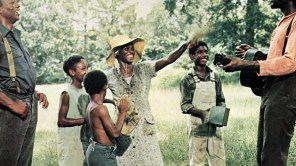 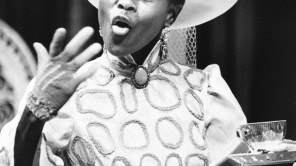 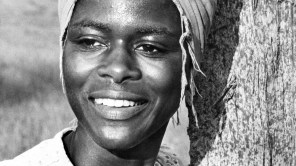 Cicely Tyson, the pioneering Honorary Oscar winner who starred in Sounder and The Autobiography of Miss Jane Pittman and earned five Emmy noms for her recurring role on How to Get Away with Murder, died today. She was 96. Click on the picture above for a photo gallery of her career.

Tyson’s manager Larry Thompson confirmed the news but did not provide details of her death.

“I have managed Miss Tyson’s career for over 40 years, and each year was a privilege and blessing,” Thompson said in a statement. “Cicely thought of her new memoir as a Christmas tree decorated with all the ornaments of her personal and professional life. Today she placed the last ornament, a Star, on top of the tree.”

HarperCollins published Tyson’s memoir, Just As I Am, earlier this week.

Tyson racked up 16 career Emmy nominations and won three, including two in 1974 for her legendary turn in The Autobiography of Miss Jane Pittman, in which she played a Southern woman who was born into slavery and lives to join the civil rights movement. She was the first Black woman to win a Lead Actress Emmy.

That role came two years after Tyson’s powerhouse performance in Sounder, about a Depression-era sharecropper family that must deal a serious personal crisis. She earned an Oscar nom for the performance but lost to Liza Minnelli for Cabaret.

Her 2019 Honorary Oscar was the first presented to a Black woman.

Tyson received her third Emmy for The Oldest Living Confederate Widow Tells All (1994) and also was nominated for her performances in Roots, King, Sweet Justice, The Marva Collins Story and A Lesson Before Dying.

During an iconic career that spanned 70 years, Tyson appeared in dozens of films, TV series and telefilms and on Broadway, winning a Tony Award for The Trip to Bountiful in 2013. She might be best known to younger audiences for her role in Shonda Rhimes’ ABC drama How to Get Away with Murder, on which she recurred as Ophelia Harkness, the dementia-addled mother of lead character Annalise Harkness (Viola Davis).

She also was a regular on Ava DuVernay’s OWN series Cherish the Day, playing Miss Luma Lee Langston — a legendary star of stage and screen in decades past — in all eight episodes of the drama’s 2020 freshman season.

Tyson also was a pioneer in Hollywood. She was committed to presenting only positive images of Black women, and that stance probably cost her some work in film and television. Still, her work was widely recognized, and she was honored by the Congress of Racial Equality, the NAACP — she was an eight-time Image Award winner and 15-time nominee — and the National Council of Negro Women. In 1977, she was inducted into the Black Filmmakers Hall of Fame.

In 2016, President Barack Obama presented Tyson with the nation’s highest civilian award, the Presidential Medal of Freedom, for her contribution to the arts and American culture. She was inducted into the Television Academy Hall of Fame in 2019 and received a Career Achievement Peabody Award last year. She also was lauded with a Kennedy Center Honor in 2015 and has a star on the Hollywood Walk of Fame.

What a career it was.

Born on December 19, 1924, the native New Yorker launched her TV career in 1951 with roles ranging from Naked City, I Spy and Mission: Impossible to Gunsmoke, The F.BI. and a co-starring gig opposite George C. Scott in the mid-’60s CBS drama East Side/West Side. Three decades later, Tyson landed another series-regular role in the NBC legal drama Sweet Justice, playing a longtime civil rights warrior alongside Melissa Gilbert and Ronny Cox. It lasted one season in 1994-95.

More recently, she appeared on the small screen on such popular drama series as Law & Order: SVU, House of Cards and Madam Secretary.

Tyson also appeared in a number of Broadway plays, most of which had brief runs. Most recently she starred opposite James Earl Jones in two-hander The Gin Game and with Cuba Gooding Jr. and Vanessa Williams in Horton Foote’s The Trip to Bountiful. She won a lead actress Tony Award for the latter and would reprise her role as Mrs. Carrie Watts for the 2014 telefilm, earning an Emmy nom for that performance.

Bruce Haring contributed to this report.