Continue to Deadline SKIP AD
You will be redirected back to your article in seconds
Skip to main content
August 28, 2020 8:53pm
8 View All 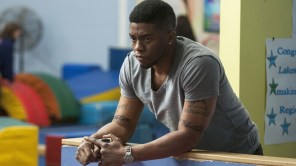 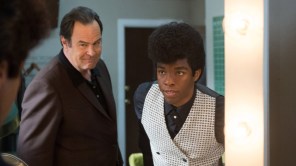 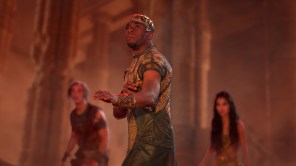 Actor Chadwick Boseman, the star of the the blockbuster Marvel film Black Panther, has died from colon cancer at the age of 43.

He kept his battle with cancer quiet from the public. Boseman died at home in Los Angeles with his wife and family present, according to his publicist Friday night.

Boseman notably played the parts of baseball icon Jackie Robinson, the future Supreme Court justice Thurgood Marshall and music superstar James Brown during his film career. However, it was his role as T’Challa, the king of Marvel’s mythical African land of Wakanda, that gave him international recognition.

His family said in a statement: “A true fighter, Chadwick persevered through it all, and brought you many of the films you have come to love so much. From Marshall to Da 5 Bloods, August Wilson’s Ma Rainey’s Black Bottom and several more — all were filmed during and between countless surgeries and chemotherapy. It was the honor of his career to bring King T’Challa to life in Black Panther.”

Boseman’s first starring film role came with 42, a biopic of baseball pioneer Robinson, the first Black player in Major League Baseball. He then appeared with Kevin Costner in NFL saga Draft Day. Shortly thereafter, he portrayed Brown in Get On Up. He also appeared in 2016’s Gods of Egypt.

Those personality-driven roles led to his biggest portrayal as T’Challa, the King of Wakanda and the legendary Black Panther. He first appeared in the role in Captain America: Civil War, the initial leg of a five-picture deal. The film was the launching pad for 2018’s enormously successful Black Panther, which was as much of a cultural touchstone as it was a superhero film. It became one of the highest-grossing films of the year in the U.S. after its February debut. It was nominated for the Best Picture Oscar and won three Academy Awards.

T’Challa appeared again in the massive Avengers: Infinity War and Avengers; Endgame, which became the films of the years 2018 and 2019, with Endgame becoming the highest-grossing film of all time.

Boseman also appeared in 2019’s 21 Bridges, an action thriller directed by Brian Kirk, and Spike Lee’s 2020 war drama film Da 5 Bloods, released in June via Netflix. Black Panther 2 was tentatively scheduled for May 2022 and is currently in development.

Click on the photo above to look at a photo gallery of Boseman’s major films.