Continue to Deadline SKIP AD
You will be redirected back to your article in seconds
Skip to main content
February 9, 2020 11:27pm
21 View All 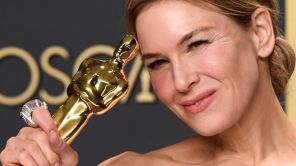 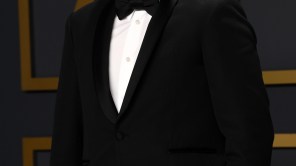 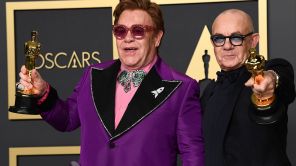 Parasite and Pixar’s Toy Story 4 were expected to be respectable also-rans when it was time to hand out the Oscars for Best Picture and Best Animated Feature Film, respectively, but instead but they ran off with the trophies in surprise upsets.

Parasite‘s Best Picture win was a stunner that puts the 92nd Academy Awards in the Hollywood history books. The South Korean film became the first foreign-language film to win and, when Jane Fonda announced the underdog result, there were gasps and an outburst of cheers both of surprise and delight.

Forecasters had assumed a victory for Sam Mendes’ 1917, a rousing WWI film of grand scale with commendable filmmaking ambitions, or perhaps The Irishman, the Netflix epic that has been widely framed as the crowning achievement of Martin Scorsese’s mobbed-up body of work. Even the edgy Joker, which led all films with 11 nominations, seemed like a more viable option for Oscar voters considering the historically feckless record for foreign-language films in the Best Picture category.

Eleven foreign-language films have been nominated for the lofty honor — among them Life Is Beautiful, Crouching Tiger, Hidden Dragon and Roma — but that had never translated into a victory until Sunday night.

The second-biggest surprise of the night came when Toy Story 4 came out of nowhere to win the Animated Feature trophy after an anemic showing throughout the awards season that climaxed with Sunday night’s Dolby Theatre gala. It might sound strange to cast Disney’s Pixar as an underdog, considering the Emeryville idea factory’s domination of the animated feature category (10 wins and 13 nominations in 14 years), but Toy Story 4 was completely blanked at the Annies, the awards given out by the Animated Film Society (ASIFA-Hollywood) at UCLA’s Royce Hall last month.

The Annies weren’t the only false reading leading up to Oscar night surprises. Mendes’ 1917 was a surprise winner in the visual effects category, at least that’s how it looked on paper. The war epic was competing with the two leading guild-annointed nominees (The Irishman and The Lion King from the VES Awards) and well as two signature mega-franchises from the spectacle film sector (with Avengers: Endgame and Star Wars: The Rise of Skywalker).

Little Women presented a similar departure from guild results with its win in the best costume design category.