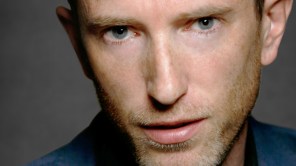 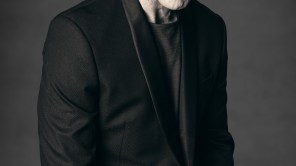 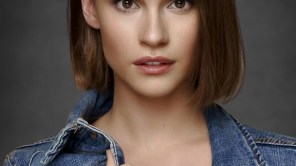 Click on the photo above to launch a gallery of the LoTR cast, and read their brief bios below.

It was previously reported that Aramayo, Horvath, Kavenagh and Mawle boarded the series, but Amazon never confirmed them. The studio made it official today that the trio were indeed part of the cast. Will Poulter, who had joined The Lord of the Rings TV series in September, exited last month due to scheduling conflicts.

“We still have a few key roles to cast,” said Amazon Co-head of TV Vernon Sanders at TCA this afternoon. Together with Amazon Studios boss Jennifer Salke and co-head of TV and COO Albert Cheng, they weren’t ready to give up who exactly these actors would be playing in the new series.

Said McKay and Payne: “After undertaking an extensive global search, we are delighted finally to reveal the first group of brilliant performers who will take part in Amazon’s The Lord of the Rings series. These exceptionally talented women and men are more than just our actors: they are the newest members of an ever-expanding creative family that is now working tirelessly to bring Middle-earth to life anew for fans and audiences worldwide.”

Set in Middle-earth, the television adaptation will explore new storylines preceding J.R.R. Tolkien’s The Fellowship of the Ring. The Lord of the Rings was named Amazon customers’ favorite book of the millennium in 1999 and Britain’s best-loved novel of all time in BBC’s The Big Read in 2003. Its theatrical adaptations, from New Line Cinema and filmmaker Peter Jackson have grossed close to $6 billion worldwide and earned a combined 17 Academy Awards, including Best Picture.

Here are bios of the new LoTR cast from Amazon:

ROBERT ARAMAYO is a British actor and Juilliard graduate. He recently wrapped filming the Netflix/Left Bank limited series Behind Her Eyes. Later this year he will be seen in Lionsgate’s Antebellum, and The King’s Man directed by Matthew Vaughn. Currently, Robert can be seen in Suicide Tourist, opposite Nikolaj Coster-Waldau, and Mindhunter, directed by David Fincher. He had two films screen at TIFF last September, Galveston – opposite Ben Foster and Elle Fanning, and directed by Melanie Laurent – as well as the Black List script Standoff At Sparrow Creek, directed by Henry Dunham.

OWAIN ARTHUR is renowned for playing Francis Henshall in The National Theatre’s production of One Man, Two Guvnors at the Theatre Royal Haymarket, having understudied James Corden at the Adelphi Theatre. His theatre credits include Nicholas Hytner’s The History Boys (NT), Romeo and Juliet (Royal Shakespeare Company), The Comedy of Errors(Royal Exchange) and Birdsong (Comedy Theatre). Television credits include A Confession, London Kills, Hard Sun, Hinterland, Babylon, Casualty, Ddoe Am Ddeg, Cei Bach, New Tricks and The Palace. His film credits include White Island, The Patrol, Mr. Nice, Eldra, Higher Grounds and Disney’s upcoming The One and Only Ivan.

NAZANIN BONIADI is a British-Iranian actress, rapidly making her mark in both film and television as well as continuing her heartfelt work as an activist. On the big screen, Boniadi portrays former Fox News reporter Rudi Bakhtiar in Lionsgate’s drama Bombshell. The film has been recognized for its ensemble cast with a Critics’ Choice and Screen Actors Guild Award nomination. Boniadi starred as Zahra in Bleecker Street’s feature Hotel Mumbai. The film was an Official Selection of the 2018 Toronto International Film Festival, opened the Adelaide Film Festival, and garnered 13 Australian Academy of Cinema and Television Arts (AACTA) Award nominations (including Best Lead Actress for Boniadi). On television, Boniadi starred as Clare opposite J.K. Simmons in the critically acclaimed Starz original, Counterpart. Boniadi co-starred as Fara Sherazi in seasons three and four of the Emmy and Golden Globe Award-winning drama Homeland, for which she shared a 2015 SAG-AFTRA Award nomination for Outstanding Performance by an Ensemble in a Drama Series. She also played Nora in seasons six and seven of How I Met Your Mother. Additional on-screen credits include Ben-Hur, Passengers, The Next Three Days, and the first installment of Iron Man.

TOM BUDGE is an Australian actor, musician and writer. He burst onto the big screen as the unforgettable Pickles in Paul Goldman’s highly praised Australian Rules. Since then he appeared as Samuel Stote in Nick Cave and John Hillcoat’s multi-award winning film The Proposition, Alister Grierson’s Kokoda, Rachel Perkins’ Bran Nue Dae, Neil Armfield’s Candy, Julius Avery’s Son Of A Gun, and Jeremy Sims’ Last Train To Freo – which earned him best supporting actor nominations at both the 2006 AACTA Awards and the Film Critics Circle Awards. Most recently Budge played the self-appointed town mayor Mr. Frankly in Mirrah Foulkes’ directorial debut feature film Judy & Punch, which premiered to critical acclaim at the 2019 Sundance Film Festival. Budge has also appeared in the tele-movie Mabo, the HBO mini-series The Pacific, and the WWI Australian mini-series epic Gallipoli.

MORFYDD CLARK has firmly established herself as one of the industry’s most promising actors, and her triumphant performances across three features at the 63rd BFI London Film Festival led her to be identified by the Guardian as the “breakout” star of the 2019 festival. At the beginning of 2020 Clark starred as ‘Mina’ in the BBC and Netflix co-production of Dracula.She also recently portrayed ‘Sister Clara’ in Jack Thorne’s eight-part adaptation of Phillip Pullman’s best-selling novels His Dark Materials, alongside James McAvoy, Ruth Wilson, Anne-Marie Duff, Andrew Scott and Dafne Keen. Clark will next be seen in cinema in Armando Iannucci’s The Personal History of David Copperfield, playing the role of Dora whilst also briefly appearing in a second role as David Copperfield’s widowed mother. The film received its world premiere at the Toronto International Film Festival before opening the 63rd BFI London Film Festival. Later this year audiences will see Clark take on the title role in Saint Maud – the feature debut from BAFTA Breakthrough Brit director Rose Glass.

ISMAEL CRUZ CÓRDOVA just wrapped a series regular role on David E. Kelley’s HBO miniseries The Undoing opposite Nicole Kidman and Hugh Grant for director Susanne Bier, which will be released Spring 2020. He is currently shooting Wyatt Rockefeller’s feature Settlers, opposite Sofia Boutella and Brooklynn Prince, in South Africa. He can currently be seen in Working Title’s period feature Mary Queen of Scots opposite Saoirse Ronan and Margot Robbie, as well as in the Sony Pictures remake of the Oscar nominated film Miss Bala, as the male lead opposite Gina Rodriguez. Previous credits include the third season of the Anonymous Content / Epix series Berlin Station, the fourth season of Showtime’s Ray Donovan opposite Liev Schreiber, as well as Ang Lee’s Billy Lynn’s Long Halftime Walk. Ismael is a graduate of NYU’s Tisch School of the Arts.

EMA HORVATH is a Slovak American actress whose film career began in the summer of 2015 when she landed the role of Shell in the Blumhouse/Cinemax film Like.Share.Follow. Horvath had come to LA to study screenwriting and was working as a script coverage intern for Blumhouse Productions when she was offered the opportunity to audition for the role. Since then, her credits have grown to include The Gallows 2, The Mortuary Collection, and Viscous.

MARKELLA KAVENAGH made her screen debut in the Stan series Romper Stomper,opposite Sophie Lowe and David Wenham. She then went on to appear in Foxtel’s Picnic at Hanging Rock, alongside Natalie Dormer, and the acclaimed BBC series The Cry, opposite Jenna Coleman and Ewen Leslie. Markella’s film credits include Katie Found’s coming of age feature, My First Summer and Phoebe Tonkin’s short, Furlough. Markella will be seen in next in Vicki Madden’s The Gloaming on Stan.

JOSEPH MAWLE played long-lost Benjen Stark on the award-winning HBO series Game of Thrones, to much fanfare. He was nominated for a BAFTA TV Award for his performance in Birdsong, opposite Eddie Redmayne and Matthew Goode.  Mawle also starred in MotherFatherSon with Richard Gere, and opposite Rosamund Pike in the BBC remake of Women in Love (in which he played the role originated by Oliver Reed).  His film credits include Ron Howard’s In the Heart of the Sea, Kill Your Friends with Nicholas Hoult, Half of a Yellow Sun with Chiwetel Ejiofor, and the male lead in The Hallow. He can be seen next in Terrence Malick’s The Last Planet with Mark Rylance.

TYROE MUHAFIDIN is an Australian actor who has appeared in a number of short films including Two Sands, as well as the online series Caravan. The upcoming Amazon Original is his first major series.

SOPHIA NOMVETE was born in the UK, is African/Iranian heritage and speaks fluent Farsi. Her credits include: the leading role Dexter in Vice Versa (RSC); Miss Littlewood (RSC); England People Very Nice (Royal National Theatre). She also played the leading role of Miss Sofia in the European premiere of The Color Purple (Menier Chocolate Factory) for which she was nominated for a WhatsOnStage Best Supporting Actress Award and Best Supporting Role in a Musical by The Evening Standard and Broadway World. Sophia has also worked at Chichester Festival Theatre, Shakespeare’s Globe Theatre and the Royal Exchange Theatre, amongst many others.

MEGAN RICHARDS is just 20 years old. She trained at West London Drama Training and The Brit School. Megan started her professional career in 2018 working on a BBC1/Netflix series, Wanderlust, written by Nick Payne. She guested in Doctors on BBC1. Most of 2019 was taken up appearing in the German made Pan Tau, which is due to transmit later in 2020. She has also appeared on stage in a National Theatre Connections play, Extremism, at the Soho Theatre. She is an accomplished singer and musician – playing the piano, saxophone and guitar.

DYLAN SMITH has studied and worked in theatre, film and TV around the world. He most recently starred in Patty Jenkins’ I Am The Night for TNT opposite Chris Pine, and can soon be seen in Kelly Reichardt’s First Cow (A24). Dylan began in Canada on stage with the renowned Soulpepper Theatre Company. He studied acting at Webber Douglas in London, England, where he took leading roles on films including, Murder On The Orient Express, with Alfred Molina, and on television in the British classic, EastEnders. Smith was cast in Private Lives on Broadway where he met his wife, British theatre director Anna Ledwich. He returned with love in his eyes to London and proceeded to work both stage and film, acting in Spectral, The Mummy, The Maze Runner: The Death Cure, and on the small screen with the Dawn for Hulu, The Tunnel, Ripper Street, and Into The Badlands. His film Lemonade, from esteemed Romanian filmmaker Cristian Mungiu, is currently making a wide festival run.

CHARLIE VICKERS is at the start of an exciting career. He graduated from the prestigious drama school, The Royal Central School of Speech and Drama in 2017 and since then he has appeared in a number of projects including Netflix’s Medici: Masters of Florenceopposite Sean Bean. Charlie also had a key role in Rachel Ward’s Sydney set feature film, Palm Beach, opposite Greta Scaachi, Richard E. Grant and Sam Neill.

DANIEL WEYMAN is a decorated British actor whose most recent film credits include Where Hands Touch, The Happy Prince (starring opposite Colin Firth, Colin Morgan and Emily Watson), and Great Expectations (starring opposite Ralph Fiennes, Sally Hawkins and Helena Bonham Carter).
His career includes leading roles in television shows such as Silent Witness, Gentleman Jack, Foyle’s War, Dunkirk, along with appearances in The North Water, Treadstone and A Very English Scandal. His extensive theater work has earned him great acclaim, leading productions including The Mentor, Sideways, 4000 Days, The Crucible, King Lear, Nicholas Nickleby, The Comedy of Errors, The Glass Room and many more.