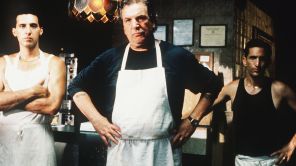 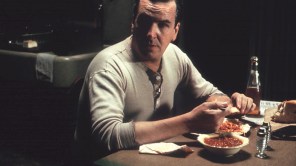 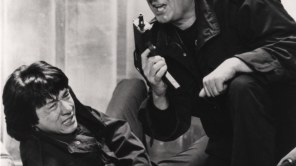 As tributes come rolling in for Danny Aiello, the Oscar-nominated Do the Right Thing actor who died Thursday at 86, take a look back at his long career in film and TV. Click on the pic of his signature role of pizzeria owner Sal Frangione above to launch the photo gallery.

The New York native got his start with a small role in the 1973 baseball drama, which starred a young Robert De Niro. Aiello’s next big-screen appearance was in Francis Ford Coppola’s The Godfather Part II, which won the Oscar for Best Picture on 1974. The actor would go on to rack up more than 100 film and TV credits, working steadily all the way into 2019.

Along the way, Aiello appeared in films from such noted directors as Norman Jewison (Moonstruck), Robert Altman (Prêt-à-Porter), Lasse Hallstrom (Once Around), Luc Besson (Léon: The Professional Norman) and Adrian Lyne (Jacob’s Ladder) as well as three Woody Allen movies: The Front, The Purple Rose of Cairo and Radio Days.

But he likely will be remembered best for his role in Do the Right Thing role as Sal, the Italian-American pizza shop owner who sets in motion a neighborhood race riot when he refuses to place photos of black celebrities on his restaurant’s Wall of Fame.

Check out images from that film and nearly 20 others in the gallery above, curated by Deadline’s Brandon Choe.