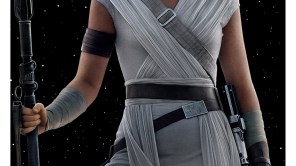 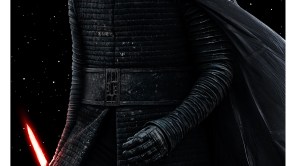 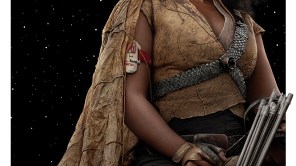 There’s one month left before the release of Star Wars: The Rise of Skywalker so today Lucasfilm/Disney released a gallery of character posters to highlight the returning classic characters as well as the intriguing new faces who joining the cosmic struggle between good evil.

By all accounts, Rise of Skywalker director J.J. Abrams is locked in. a cosmic struggle of his own to deliver a finished product. The stakes are high, too, since this climatic installment in the space opera is billed as the concluding chapter of the Skywalker saga that began with the original film in May 1977.  Rise of Skywalker, which opens Dec. 20 in U.S. theaters, is the sixth feature film directed by Abrams.

The gallery of character portraits include a new ‘droid named D-O, Naomi Ackie as Jannah, and franchise newcomer Keri Russell as Zorii Bliss.

Star Wars: The Rise of Skywalker is directed by J.J. Abrams and produced by Kathleen Kennedy, Abrams and Michelle Rejwan. Callum Greene, Tommy Gormley and Jason McGatlin serve as executive producers. The screenplay was written by Chris Terrio & J.J. Abrams and the story is by Derek Connolly & Colin Trevorrow and J.J. Abrams & Chris Terrio, based on characters created by George Lucas.