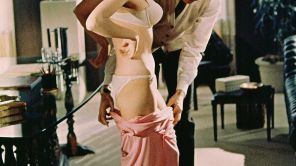 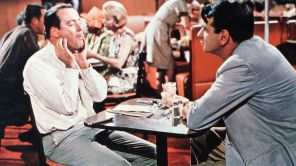 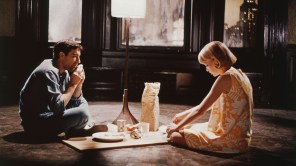 Robert Evans, the colorful and charismatic producer and former president of production at Paramount who died over the weekend, left a singular film legacy. Here is a photo gallery of the man behind the autobiography The Kid Stays in the Picture and narrator of the 2002 big-screen documentary of the same name produced who such memorable films as Chinatown, Marathon Man and Urban Cowboy. He also led the Hollywood studio when it released classics including The Godfather, The Godfather Part II, Rosemary’s Baby and Love Story.

“As an actor, a producer and a leader, he has left an indelible mark on our studio and the world of film,” Paramount Pictures said in a statement this morning. “His influence will be felt for generations to come. We extend our deepest condolences to his loved ones.”

Here is a photographic collection of work associated with the producer-exec who, in background, persona, and appearance, fit the bill of “living symbol of old Hollywood” and whose public perception — like Hugh Hefner or Stan Lee — toggled back and forth from revered elder icon and throwback caricature. Click on the image above to launch the photo gallery.