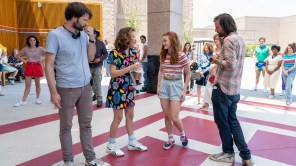 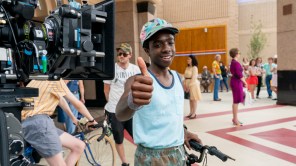 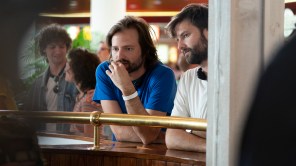 Netflix has released some behind-the-scenes photos for Stranger Things ahead of the Season 3 launch tomorrow on the internet network.

The plot of the eight-episode season is under wraps, but the photos indicate the cast and crew are having a great time shooting the series.

Created by Matt and Ross Duffer, Stranger Things Season 3 takes place during the summer of 1985 in Hawkins. School’s out, there’s a brand new mall in town and Mike and the guys are on the cusp of adulthood. Romance blossoms and complicates the group’s dynamic, and they’ll have to figure out how to grow up without growing apart. Meanwhile, as expected, a familiar and evolved danger looms. When the town’s threatened, the gang has to band together to survive.

The Duffer brothers executive produce and direct along with Shawn Levy, who also directs.

Click on the image above to launch the gallery.