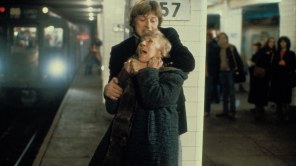 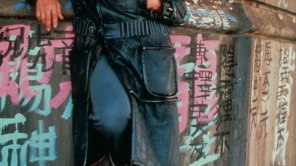 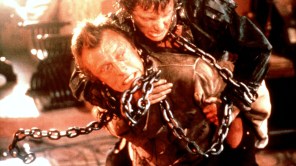 The world-weary gaze and sculpted features of Rutger Hauer made his face one of the most compelling countenances in genre film history — whether he was portraying haunted souls of broken nobility (Blade Runner, Ladyhawke, Blind Fury, Escape from Sobibor), malevolent men on a mission (Nighthawks, The Hitcher, Hobo with a Shotgun, Buffy the Vampire Slayer) or corrupt manipulators long hidden behind a handsome facade (Sin City, The Osterman Weekend, Batman Begins).

Click on the photo above to launch a career-spanning photo gallery.

The Dutch actor, who died July 19 at age 75, was the son of Teunke and Arend Hauer, drama teachers watching the gears of oppression spinning while the Netherlands was under Nazi occupation during World War II. He ran off to sea at age 15 and then returned home to work as an electrician before rewiring his life for a new career by studying at the Academy for Theater & Dance in Amsterdam — though his education endured another delay when the Royal Netherlands Army snapped him up for duty as a combat medic. The visage he brought to the screen, it turns out, was well-earned by a life that was unscripted and rarely serene.

His most famous screen moment might have been in Ridley Scott’s sci-fi masterpiece Blade Runner in 1982. Hauer portrayed a replicant, a synthetic man with a mayfly lifespan and the brooding angst of a Hamlet hatched in a laboratory. Hauer wrote his most memorable lines, which come as he fades into the twilight of existence. “I’ve seen things you people wouldn’t believe. Attack ships on fire off the shoulder of Orion. I watched C-beams glitter in the dark near the Tannhäuser Gate. All those moments will be lost in time, like tears in rain…”