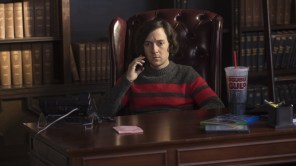 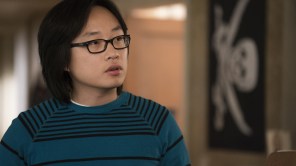 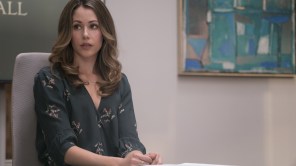 Ending months of speculation, HBO has confirmed that the upcoming sixth season of comedy series Silicon Valley will be its last. Currently in pre-production, Season 6 will consist of seven episodes and premiere later this year.

“Silicon Valley has been a career and life highlight for us,” series executive producers/showrunners Mike Judge and Alec Berg said. “We’ll miss it desperately, but we’ve always let Pied Piper’s journey guide the way, and Season 6 seems to be the fitting conclusion. We are forever indebted to our incredible cast, crew and partners at HBO. At a certain point, there’s only so much we can do to make the world a better place.”

Rumors about Silicon Valley possibly coming to an end started when Season 6 was delayed, largely to accommodate Berg, who co-created and runs fellow HBO comedy series Barry. All previous seasons of Silicon Valley, ranging from eight to 10 episodes, have premiered between late March and late April. The comedy was renewed for a sixth season in April 2018.

“In terms of last season, it’s a natural question; we have had conversations with them,” HBO president of programming Casey Bloys told Deadline in February. “Obviously when you get to the sixth season of a show, you have to talk about how much more is there in this — do you want to do more? — so we have had those conversations. We are open to any version but, as we did with Veep, we put it to [the producers] and say, ‘What do you think?’ They need to get in the room with the writers and see what feels right.”

Created by Judge & John Altschuler and Dave Krinsky, the Emmy-nominated Silicon Valley takes a comic look at the modern-day epicenter of the high-tech gold rush, where the people most qualified to succeed are the least capable of handling success.

“It’s been quite a ride since the pilot, when Richard Hendricks’ algorithm first caught the eye of Peter Gregory and Gavin Belson,” said Amy Gravitt, EVP, HBO Programming. “In the meantime, our culture’s entire relationship with technology has been transformed, and Alec and Mike’s meticulous storytelling has managed to stay ahead of it every step of the way. This type of comedic chemistry, both behind and in front of the camera, is rarely found. Silicon Valley is just the beginning of many more collaborations with these hilarious writers and performers, as well as our standout crew.”

The series stars Thomas Middleditch as Richard, Zach Woods as Jared, Kumail Nanjiani as Dinesh, Martin Starr as Gilfoyle, Amanda Crew as Monica, Jimmy O. Yang as Jian-Yang, Suzanne Cryer as Laurie Bream, Matt Ross as Gavin Belson and Josh Brener as Big Head. Christopher Evan Welch co-starred as Peter Gregory in Season 1, T.J. Miller starred as Erlich Bachman until his highly publicized exit after Season 4. Check out the gallery tracking the show’s evolution through the years by clicking on the image above.