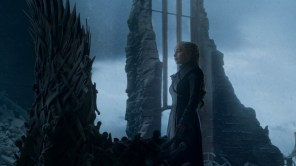 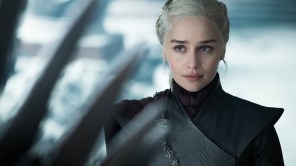 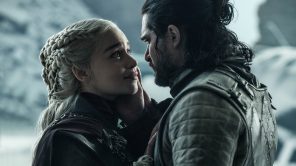 Well, that was that. After eight seasons, the insanely popular, extraordinarily intricate and entirely captivating Game of Thrones came to an end (as did you-know-who – and if you don’t know who, and care, watch the episode and then come back and check out this gallery).

In the following photos, you’ll see last night’s proof that Queen Cersei (Lena Headey) is really most sincerely dead (no spoiler alert needed on that one – she and her brother-lover Jaime, played by Nikolaj Coster-Waldau, saw their world cave in around them on last week’s episode. What’s striking about these photos, though, is how much embracing and hugging was done in last night’s final finale. There was Cersei and Jaime, together forever in rigor mortis, and Jon and Dany, and Dany and Drogon, and Jon and Sansa, and Jon and Arya. You’ll have to watch the episode to see Jon and direwolf nose-snuggle. And use your imagination for Bran and Drogon. Surely the Broken king and the heartbroken beast have a date with destiny, if we can trust that whopper of a hint Bran dropped last night.