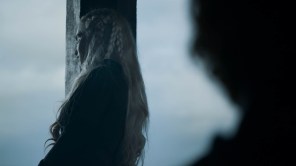 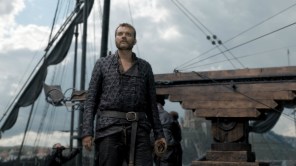 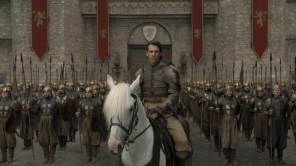 After last week’s shocking execution on Game of Thrones, there are a lot of people who aren’t very happy — and that, as seen in the photos from this Sunday’s penultimate episode of HBO’s acclaimed fantasy series, seems to make Cersei (Lena Headey) very happy.

The new photos, like the trailer for episode 5 of the eighth and final GoT season, have our favorite Westeros players serving up various emotional looks: frightened (Peter Dinklage’s Tyrion), concerned (Kit Harington’s Jon Snow), quiet rage (Jacob Anderson’s Grey Worm), late-night drug commercial melancholy (Emilia Clarke’s Daenerys) and, of course, Cersei smugness — which we have grown to love. With the untimely death of Missandei (Nathalie Emmanuel) and Dany’s second dragon, everyone is all up in their feelings. The stakes haven’t been higher which will certainly make for an all-out war. Everyone is out to get Cersei, who has a chronic case of “Bring it on!” face. Let’s just hope no Starbucks coffee cups get in the way.