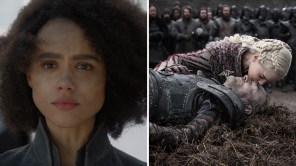 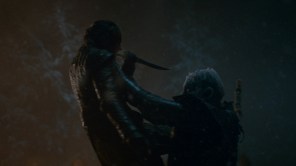 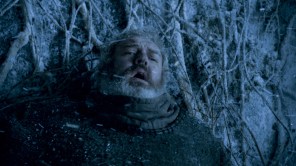 The fine-tuned instrument that is Game of Thrones is about to play its last tune with Sunday’s series finale. Though composer Ramin Djawadi’s grand score was the soundtrack to the HBO blockbuster based on George R.R. Martin’s books, narratively this saga of the Seven Kingdoms was pure death metal.

In that bloody vein, we’ve drawn up a list of the Top 10 deaths so far (take a second to breathe that in) over the eight seasons of the series executive produced by David Benioff and D.B. Weiss that have each in their own way proved pivotal to getting to the end of the series. Deaths that determine in a long-tail manner who will end up on what remains of the Iron Throne.

Click on the photo above to launch a photo gallery of the demises that really mattered on Game of Thrones.

Now, as the record-breaking viewership this final cycle confirms, clearly GoT fans are passionate about the show. They also take it very personal, as social media eruptions over the seasons have made clear.

We recognize that in this vulnerable time, we’ve set ourselves up so that in viewers’ own mourning at the show’s end in just over 48 hours, some may want to express themselves Wun Weg Wun Dar Wun-style with candidates of their own.

We feel you, we see you and if that’s the case, tell us who we left out amongst the ever-rising body count that has seen overflowing rivers of blood and fire from the sky.

Full disclosure and to blunt at least one shiv: The O.G. Hand of the King, Jon Arryn, is not on the list, though in many ways his passing really put in motion the mechanisms of GoT. It is the death of Arryn, chief counselor to the oafish King Robert Baratheon, in the immediate backstory to the April 17, 2011 pilot that caused Ned Stark to come to King’s Landing as his successor.

However, let’s be honest, the John Standing-portrayed corpse never uttered an on-air word and ultimately was more feedback than fiddler, so to speak, and hence left off our list.

Also, calling in absent are Viserion and Rhaegal, the now-deceased offspring of the Breaker of Chains and Mother of Dragons herself Daenerys Targaryen (Emilia Clarke). We love them, and their deaths — at the hands of the Night King’s Army of the Dead last season and Euron Greyjoy (Pilou Asbaek) this one — were heartbreaking. But, when all is laid to rest, their loss was understated in its consequences, it seems.

And so, bring on our Army of the Dead with the deaths that danced us to this weekend’s series finale written and directed by Benioff and Weiss. Don’t miss more Game of Thrones coverage in Deadline, including a review of the final episode of the final season Sunday night.