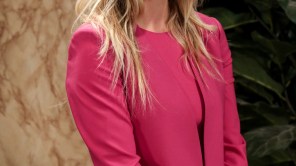 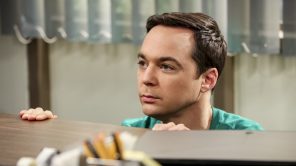 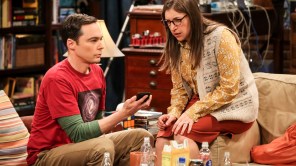 The Big Bang Theory is wrapping up its 12-season run with a two-part series finale on May 16, and CBS has released the first photos and teasers from those shows.

The first episode, The Change Constant, promises that “Sheldon and Amy await big news.” The couple has been working on a Super Asymmetry project that they hope brings them the Nobel Prize in physics.

See The Gallery Of Photos From The Series Finale

The second episode, The Stockholm Syndrome, promises a last look at the major players. “Bernadette and Wolowitz leave their kids for the first time; Penny and Leonard try to keep a secret; Sheldon and Amy stick together; and Koothrappali makes a new friend, as the gang travels together into an uncharted future.”

The episodes will air starting at 8 PM ET/PT on Thursday, May 16 on CBS. The cast will also appear on the Late Show with Stephen Colbert on the night the finale airs.