Continue to Deadline SKIP AD
You will be redirected back to your article in seconds
Skip to main content
April 24, 2019 11:59am
1Comments 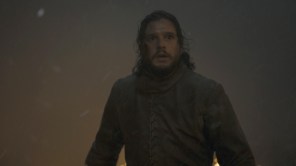 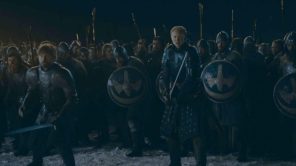 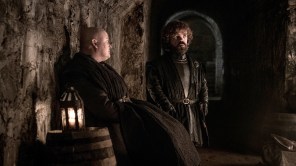 It’s about to go down on Sunday, and HBO has teased with photos the inevitable bloodshed that happens in the third episode of the eighth and final season of Game of Thrones. As usual they don’t tell us much, but because it’s GoT, we have to get excited, right?

Some of the shots basically are stills from the Episode 3 trailer from last week’s episode — mainly the pic of Brienne of Tarth (Gwendoline Christie) and her BFF Jaime (Nikolaj Coster-Waldau) about to run into battle to split some wigs. Other shots include Sansa (Sophie Turner) serving face; Sansa giving Arya (Maisie Williams) a “What the hell?!” look; Jon Snow (Kit Harington) and his Auntie/Lover (eww) Dany (Emilia Clarke) looking over a scenic view of Winterfell; Tyrion (Peter Dinklage) serving some pensive Hand of the Queen realness — it’s all just an amuse bouche to an epic battle with the Night King and his army that will be water cooler talk come Monday morning.

Click on the photo above to launch the Episode 3 gallery.