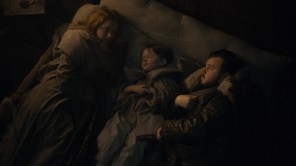 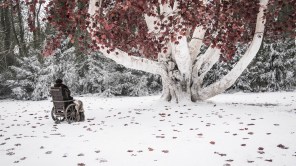 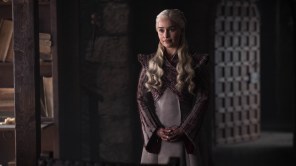 No hint on who will end up sitting on the Iron Throne of the Seven Kingdoms when Game of Thrones concludes its eighth and final season, but we do have a peek at how we’ll find that fact out in the end.

Just days before the second episode of this last season of the series based on George R.R. Martin’s writings airs, HBO today dropped a bounteous cascade of first looks from the David Benioff and D.B. Weiss EP’d show – as you can see in the gallery above

Now, there’s no title made public yet for the David Nutter directed and Bryan Cogman penned episode but, from these glimpses of the April 21st airing show, a reckoning is coming.

Now that could be as dramatic as a captured Jaime Lannister (Nikolaj Coster-Waldau) facing Daenerys Targaryen (Emilia Clarke) and the House of Stark. Or it could be Jon Snow (Kit Harington) grappling with the revelations of his true parentage and what that may mean for his romance with the Mother of Dragons. Or maybe Tyrion Lannister (Peter Dinklage) just enjoying a fine wine.

We’ll know what it all means and what the GoT episode is titled on Sunday but until then take a trip to the North and Westeros here.