Continue to Deadline SKIP AD
You will be redirected back to your article in seconds
Skip to main content
April 23, 2019 12:49pm
24 View All 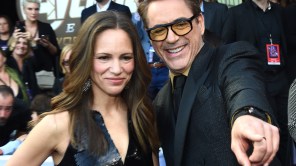 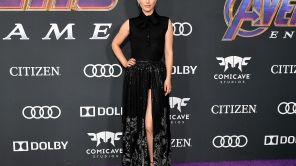 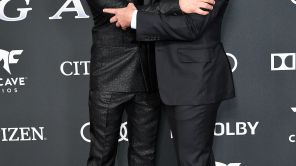 Avengers: Endgame made its star-studded world premiere in Los Angeles on Monday but the rest of the planet is more than eager to get a look, too. Fandango reports that the three-hour superhero epic from Disney’s Marvel Studios has already sold-out more than 4,000 screenings in North America, a nod to the intense anticipation of moviegoers in communities from Hilo, Hawaii, to Newington, New Hampshire.

Click on the image above to launch a photo gallery of Avengers: Endgame premiere photos.

Theater chains are scrambling to post new showtimes to meet the crush of fan interest. Avengers: Endgame not only leads this week’s pre-sales in a landslide fashion, it earned a perfect 100 out of 100 points on Fandango’s Fanticipation movie buzz index. The movie is tracking to be the fastest preseller in the 19-year history of Fandango and on pace to become the all-time pre-sale champ. Moreover, the fan interest has given an extra bump to Captain Marvel, which debuted in a big way in March but now, a full six weeks into its theatrical run, the Brie Larson-starring film has jumped to No. 4 in the latest Fanticipation movie buzz index.

More data from Fandango as the momentous Marvel movie closes in on its release:

97% of fans planning to see Avengers: Endgame say that they routinely stay for the mid- and post-credits scenes from Marvel. And 79% are surprised when other people don’t stay for those trademark post-film scenes.

81% are trying to avoid all spoilers for Avengers: Endgame.

63% feel that the release of Avengers: Endgame qualifies as a historic moment in cinema.

57% have temporarily unplugged from social media in order to avoid Endgame spoilers.

Avengers: Endgame is produced by Kevin Feige and directed by Joe and Anthony Russo working off of a script by Christopher Markus and Stephen McFeely. If Avengers: Endgame finishes as 2019’s highest-grossing release it would give the Russo’s back-to-back years with the box-office title. Their Avengers: Infinity War topped all competition in 2018 with $2.08 billion in global box-office, a lush total that also established a new sky-high record for the superhero genre. It’s likely a new record will be set in the weeks ahead — there’s talk that Endgame might hit $300 million in domestic opening or even deliver a jaw-dropping $1 billion worldwide start.

The Russos have implored fans to protect the plot points of Avengers: Endgame, which will bring about major changes in the Marvel Cinematic Universe that began with the 2008 release of Iron Man starring Robert Downey Jr. as the cornerstone character for a superhero saga that has spanned 21 interconnected films to date.