Continue to Deadline SKIP AD
You will be redirected back to your article in seconds
Skip to main content
March 26, 2019 3:32pm
32 View All 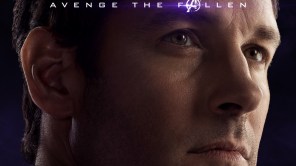 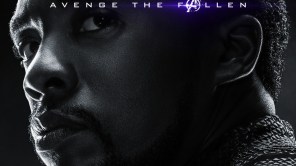 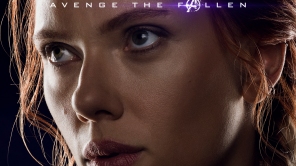 Disney’s Marvel Studios released a batch of moody character portraits today as well as an interesting new featurette with a subtle message for any despairing Avengers fans out there: Don’t worry, life goes on after the dust settles.

Click on the photo above to launch a gallery of the posters, and watch the video below.

After months of a grim drumbeat, Marvel’s message was likely aimed at parents of younger fans who might have fretted about the dour outcome of a superhero movie that, in preview clips, has the emotional tones of a funeral in an ash-covered field on an overcast day. These are already grim days in the real world and the featurette seems to acknowledge that, at some point, true hero movies need moments of heroic uplift (hence the Warner Bros. course correction with their DC Universe films, which have tilted toward the sunnier Aquaman, Shazam! and Wonder Woman).

The message comes across in the promotional video from interviews with cast members and Marvel Studios President Kevin Feige. The pep talk was led by Chris Evans, who portrays the never-give-up hero Captain America: “They’ve truly leveled us, not just literally but morally and emotionally…the good thing is that it’s always easier to build people back up after they’ve been broken down. That’s what Marvel’s great at doing. It’s that shred of hope that everyone is looking for.”

The featurette also has footage from the upcoming Avengers: Endgame (April 26) as well as scenes from Avengers: Infinity War, the grim, beat-down epic that hit theaters last April and finished as 2018’s top-grossing global release ($2.05 billion worldwide). The movie ended, now infamously, with the tyrannical alien Thanos (Josh Brolin) snapping his fingers and erasing half of the universe’s living organisms, among them Spider-Man (Tom Holland) and Black Panther (Chadwick Boseman).

In the months since the existential dust-up, Marvel fans have reacted with many emotions to the devastating sequence of events. Some, for instance, chided Chris Pratt via social media (critiquing the unwise actions of his character, Starlord, during the film’s climatic battle), others complained that Feige and the Russo Brothers directing tandem had gone too far by wantonly killing off such beloved heroes. Feige addressed that in the new promotional video: “The fans’ reaction to the end of Infinity War, when half their favorite characters turned to dust, really was indicative of how emotionally connected the world has gotten to these characters.”

In actuality, of course, the characters are alive on every toy aisle in America and will remain that way. The film was simply following in the grand tradition of the American comic book industry, which has “killed” every one of its major characters at least once and, in some unlucky cases, three or more times. The notion that Spider-Man might not return from the dead doesn’t hold up too well when you consider a trailer has already been released for his next solo-adventure film, Spider-Man: Far From Home, and the footage contains neither zombies nor angels. It’s also worth noting that Peter Parker was back in action already in Sony’s Spider-Man: Into The Spider-Verse (or at least he was in the first half of the film…).

The featurette starts to wind down with the space-marooned Iron Man (Robert Downey Jr.) and a line that surely foreshadows a big bounce-back moment in the new film (“I know I said no more surprises but I was really hoping to pull off one last one…”) and it ends with a wink and a smile (via the first meeting of Chris Hemsworth’s mighty Thor and Brie Larson’s even mightier Captain Marvel). It’s a moment that fans are loving. There will be life after Endgame, the exchange reminds us. Will every hero survive the film, which is billed as the climatic chapter for the Marvel Studios saga to date? No, probably not. There’s a good chance, for instance, that Taps might be playing for Captain America) but an on-screen funeral is just career downtime for a hero. n the other side of Boot Hill, after all, is Reboot Pasture.

Here is the new featurette: