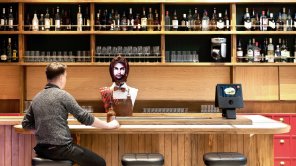 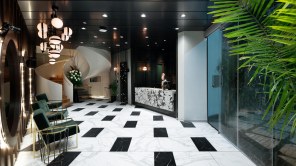 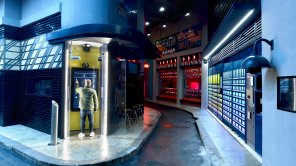 Keshet’s secretive entertainment format 2025 finally launched last week and it turns out it’s all about money.

The series, which is running as a live daily prime-time strip on Keshet 12 four days a week, began with 16 contestants at the gates of a futuristic Westworld-meets-Truman Show-style city on the outskirts of Yavne.

You can see exclusive images from the show above and here.

Eight duels took place with viewers deciding who would enter the city and who would not; each contestant received a smart watch loaded with 12,000 NIS ($3,300) and immediately had to decide how much to share with their opponent – four of the eight losing contestants who received the highest amount of money from their opponents who did get in also entered the city.

Now, it seems, that the aim of the game is to keep or make as much money as possible in order to win the competition and an apartment worth 1.4 NIS ($390,000) with a giant scoreboard keeping track. The contestants, who are a broad mix of ages and social groups, aren’t entirely cut off from the real world but communication comes at a cost.

The show, which has also been described as Black Mirror-meets-Monopoly, was developed by Yoram Zak, who was the director of the Israeli version of Big Brother, and Erez Tal, who hosted the Endemol Shine format. Keshet boss Avi Nir said that the Israeli firm has been approached by a raft of international broadcasters and producers but has not yet set any global deals.

So, how did it do and will the global community still be keen to replicate its reported $15M set?

It did ok. While it was the most watched primetime show on its launch night with 565,000 viewers, was the highest launch for a new format since Channel 2’s split in November 2017 and comfortably beat Channel 13’s remake of Ramsay’s Kitchen Nightmares, it only received a 21.1% rating on its opening night. This fell to 412,000 viewers and a 17.5% rating on its second night but did outperform the competition including Big Brother VIP and was up against the Champions League fixture between Real Madrid and Ajax.

Plenty more to come as it is set to run through the spring.