Anne Heche “Not Expected To Survive” After Severe Brain Injury From Car Crash, Will Be Taken Off Life Support
Read the full story 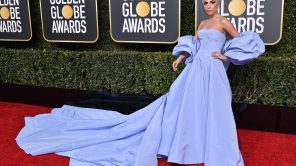 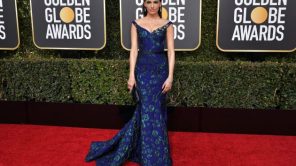 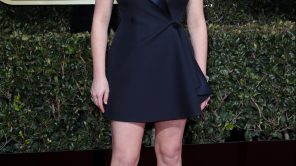 The 76th annual Golden Globe Awards is not only a significant benchmark in awards season, it’s also the first big red carpet of the year. It’s also now underway at the Beverly Hilton as the nominees and guest arrive for the show that begins at 8 PM ET/5 PM PT live on NBC.

The carpet is also being live-streamed this year in a partnership among the Hollywood Foreign Press Association, producer dick clark productions and Facebook Watch. Check that out here.

Among the early carpet-walkers, light colors seem to be favored this year, from show co-host Sandra Oh to The Alienist‘s Dakota Fanning and even nominee Lady Gaga, whose hair matched her long, long periwinkle blue gown.

Click on the top photo to launch Deadline’s gallery, and keep refreshing as more photos are added.