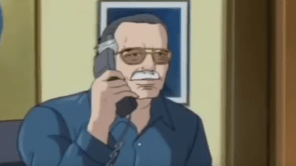 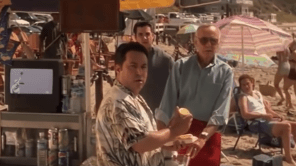 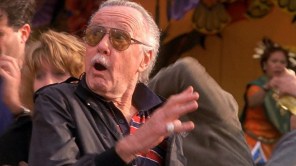 Stan Lee, who died Monday at age 95, is known for creating hundreds of characters for Marvel Comics, many of which became famous in their film or TV incarnations. That success created a second Stan Lee industry: cameo-ing in films and shows based on characters he helped create.

Like Alfred Hitchcock before him, Lee became his own Easter egg in movies for the likes of Marvel Studios’ blockbuster Avengers (Disney), X-Men (Fox) and Spider-Man (Sony) series. That includes Paramount’s Iron Man in 2008; soon after, Disney acquired Marvel and propelled the Avengers into one of history’s most lucrative film franchises.

Lee also voiced countless roles in animated series, including narrating series based on The Incredible Hulk and memorably Spider-Man and His Amazing Friends in the early- to mid-1980s.

Lee has a total of 121 acting/narrating credits, according to IMDb, and the slew of his creations on the big screen kept him busy. Recently, he played a “dapper dog walker” in Sony’s Venom, a “bus driver” in Avengers: Infinity War, a “thirsty gambler” in Black Panther and a “shrinking car owner” in Ant-Man and the Wasp, and he voiced Fred’s dad in Disney’s Big Hero 6 animated series.

Click on the photo to launch a gallery of some of Lee’s famed cameos.