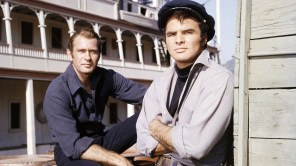 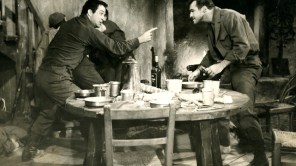 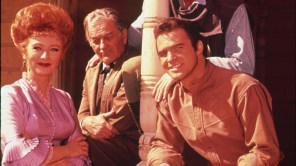 EXCLUSIVE: Adam Rifkin wrote and directed The Last Movie Star, the 2018 release starring Burt Reynolds, who died Thursday at 82. The iconic actor played an aging screen hero who is talked into attending a local film festival that plans to give him a career achievement award. The event turns out to be “run” by a pair of starstruck local dudes. Here is Rifkin’s first-person remembrance of the real-life screen legend.

I am utterly heartbroken by the news of Burt Reynolds’ passing. This one hits hard. Really hard. They don’t loom larger than The Bandit. And Hollywood doesn’t make movie stars like Burt Reynolds anymore. The world has lost a genuine legend today, but I also lost a friend.

Growing up in Chicago, Burt was my childhood hero. He was the coolest and the funniest, and he never took himself seriously. That self-deprecating sense of humor was what made him so likable. So approachable. He had a blast being famous, and he let us all in on the fun. But Burt’s bigger-than-life persona often eclipsed what a brilliant and sensitive artist he was, and as a result I never felt he got his proper due as an actor. That’s why I wrote The Last Movie Star specifically for Burt. I wanted to give him something back for all the years of joy he’d given me and his many fans throughout the decades. The character of Vic Edwards reflected many aspects of Burt’s real life and would require Burt to expose a more vulnerable side of himself than he had ever shown on screen before. It was an honor when he agreed to take on the part, and directing Burt was honestly a lifelong dream come true. He dove into the role with fearless bravery and delivered a brilliant, poignant and devastating performance that repeatedly left the entire crew on set in tears.

There’s a common cliché that warns, “Never meet your heroes, because they’re sure to disappoint you,” but whoever said that obviously never met Burt Reynolds. In addition to being a wonderful actor, he was also the most kind and generous man I had the privilege of getting close to. And we became good friends. And that was very meaningful to me.

As sad as I am today, I suppose I can take some small bit of personal solace in knowing that Burt loved the way our film turned out, and he was so happy with how his beautiful performance was received. One private moment between us that reflects this sentiment will forever stay with me. During the initial press tour, Burt and I were waiting in the green room of the Conan O’Brien show. It was loud, crowded and he was about to be called to the set. Amid the cacophony, Burt grabbed my arm and pulled me close and whispered in my ear, “Thank you.”  My eyes filled with happy tears. Today, they’re filled with sad tears.

The great Burt Reynolds, the biggest movie star in the world, the man voted No. 1 Box Office Draw for five years in a row, has hopped into his 1977 Pontiac Firebird Trans Am and burned rubber off into the sunset for the last time. Farewell, my friend, you truly were the last movie star…