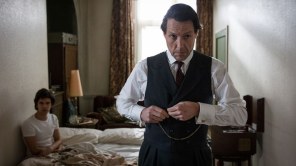 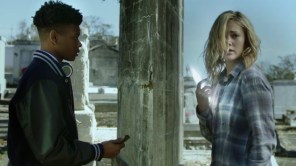 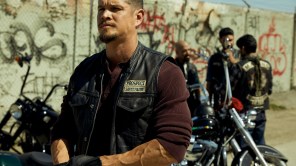 From the sundry skills of Random Acts of Flyness’ creator Terence Nance to the latest move in the resurgence of Hugh Grant to the 1980s dancehall visions of Ryan Murphy with Pose and more, this summer has been almost as hot on the small screen as it has been scorching the real world.

Now, summer doesn’t officially end until September 22 but for most of us the Labor Day weekend is when the season practically winds down All of which means, this holiday weekend presents a perfect opportunity to dive in to some of the best new TV series that debuted in the past few months before the flood of fall premieres are upon us. (Click on the image above to launch a photo gallery of the shows on this list.)

On a landscape where TV programming has become a continuous sprawl, it’s not just the newbies who are worthy of your attention. Besides all the competition shows like the addictive America’s Got Talent, summer 2018 has seen a wave of returning scripted series to occupy those hot nights.

Among the returning shows that punched upwards creatively, Luke Cage’s second season on Netflix, USA Network ‘s Meghan Markle and Patrick J. Adams absent eighth season of Suits, and Season 3 of OWN’s Queen Sugar were stand outs and well worth another look. Stepping closer and closer to the world of Breaking Bad, the fourth season of Emmy nominated spinoff Better Call Saul, Season of Netflix’s Anne with an E, Power‘s mournful and ruthless Season 5 on Starz, and the final and fourth cycle of UnReal on Hulu, all came back with strong seasons.

Then there was HBO’s Ballers and Insecure, that were, as I said in my duel review, on top of their considerable games too.

However, when it comes to the best new TV series of summer 2018, take a look at our Top 5 choices These picks are in no particular order but each provides something for everyone, from the sharp surrealism of HBO’s Flyness to the populism of Amazon’s Tom Clancy’s Jack Ryan. So, you’ll want to make sure the A/C is blasting in your place, that you have lots of snacks, and then strap in for a binge or two or five, if you know what I mean?

Wonderfully varied in a way that nothing else on TV is right now, HBO’s small screen debut of indie filmmaker Terence Nance has made Fridays a must watch late night destination since its August 4 premiere.  Building on ménage à trois of sorts between Chris Morris’ 2000 broadcast UK show Jam, Chappelle’s Show and Glen O’Brien’s TV Party from NYC public access in the early 1980s with some of George Clinton’s P-Funk sprinkled over top, the recently renewed Flyness crackles with creativity and originality

With appearances from Lakeith Stanfield, Jon Hamm, Whoopi Goldberg and 12 Years A Slave’s Adepero Oduye, watch Flyness’ investigations into race, gender, media and everything else that captures Nance’s insightful interest tonight on the premium cabler. Beforehand, try to catch up on previous episodes on HBO Go or HBO Now. The Tonya Perkins portrayed Ripa The Reaper segment from the first episode will change the way you think of children’s TV and hopefully a lot more.

The only reason this June 29 three-parter from Amazon isn’t nominated for a slew of Emmys this year is that it debuted too late to eligible. When you watch the “once again cracking,” as I said in my review, Hugh Grant as once pivotal and then disgraced UK politician Jeremy Thorpe and Ben Whishaw as the former male model and the inamorato the party leader tried to have murdered in the late 1970s, you’ll know why English Scandal should already be considered a contender for the Golden Globes and Emmys 2019.

This is a bit of cheat because Kurt Sutter’s Sons of Anarchy spinoff doesn’t actually hit the road until September 4 on FX. However, co-created with Elgin James, this very American saga of the Emilio Rivera led Latino organization is, as I said in my review, a stab into the underbelly of not just biker criminal culture but the demographic and culture wars blazing across America right now.

To that end, I say watch the last season of SOA from 2014 on Netflix or FX+ to get in the right headspace and then don’t miss Mayans M.C. next week.

Having launch its first season today on Amazon Prime’s streaming service, this latest incarnation of the top character from one of the best-selling authors of the 20th century would be noteworthy if for nothing else than Jack Ryan points to the populist direction the Jeff Bezos outlet is heading.

Yet, even with the shortcomings that I noted in my review, that’s far from the only reason to watch the already renewed John Krasinski and Wendell Pierce led and Carlton Cuse and Graham Roland created series. The fact is this eight- episode Jack Ryan is a pretty good geopolitical thriller, where the stakes are high and the popcorn fairly fresh.

In this baked plethora of riches, we have a tie.

My colleague Dino-Ray Ramos said in his late May review “that based on the first four episodes of Pose, this FX drama may be the first (Ryan) Murphy journey that I will watch from start to finish.” The first season of the series drenched in the 1980s NYC ball scene is the first series isn’t the first Murphy produced show I’ve watched all the way through, but tender and tough, it is one of the best – and there will be more Pose, as FX renewed the show for a second season on July 12, just before Season 1 ended.

Based in New Orleans and with Underground co-creator Joe as showrunner, Marvel’s Cloak & Dagger already sounds a little different.

Watch the methodical June 7 airing pilot of the Freeform series and, amidst the slow burn, you soon learn that this renewed coming of age and superpowers series takes things “to the next level,” as Dino noted in his review. That “fascinating” step up, to quote Dino again, and stepping into the shoes of the other in America 2018 is one worth following – now and into Season 2.

So, there you have it, our Top 5 best new TV shows of summer 2018 for you to watch this long weekend – hope you enjoy and get a last grasp at wearing those whites in.