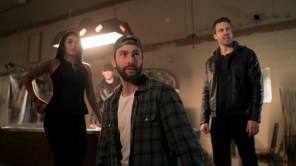 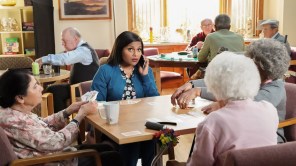 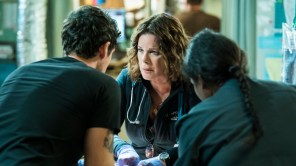 NBC has made a final decision on Champions, opting not to renew the freshman comedy for a second season.

The call came down to the wire, with the options on the cast expiring this weekend. I hear there had been discussions with Netflix about picking up the series.

The streaming giant has international rights to Champions. I’d heard that the Netflix pact stemmed from the close relationship between Champions co-creator/co-star Mindy Kaling and Netflix’s Bela Bajaria, who shepherded Kaling’s The Mindy Project at Universal TV, and that the international rights deal helped seal Champions‘ series order in May 2017.

Netflix will continue to carry the show internationally — it debuted on the streaming platform June 12 — but I hear the Internet network has opted not to pick up Champions for next season. There are still discussions about the show’s future elsewhere though I hear the options on the cast are not being extended, so if a new home is found, new deals with the actors have to be made.

'Six' Canceled By History After 2 Seasons

Champions got off to a soft start in ratings for its March 8 premiere with a 0.7 adults 18-49 rating and 2.7 million viewers (Live+same day) in its Thursday 9:30 PM time slot. Champions’ delivery was just off from the preview in the time slot for fellow midseason NBC comedy A.P. Bio, which was renewed for a second season, and in line with the season average of Great News, which has been canceled. Champions eventually settled in the 0.4 L+SD demo rating for most of its run.

“We are hopeful and yet realistic as we have a lot of shows,” NBC boss Bob Greenblatt cautioned in May about the chances of Champions and Timeless, which also has been canceled. (For a gallery of series canceled by the broadcast networks, click the image above.)

Created by Charlie Grandy and Kaling, Champions centers on Vince (Anders Holm), a washed=up high school baseball star who reluctantly gave up his dreams to take over the family gym in Brooklyn. Vince lives with his sweet, naive younger brother, Matthew (Andy Favreau), and is on the verge of secretly selling the gym and moving to Florida when his high school fling, Priya (recurring guest star Kaling), unexpectedly drops off their 15-year-old son, Michael (J.J. Totah) on his doorstep. Fortune Feimster and Mouzam Makkar also star.