Andrew Gumpert Exiting As Chief Operations Officer Of Paramount Pictures & Nickelodeon Studios
Read the full story
May 19, 2018 5:50am
22 View All 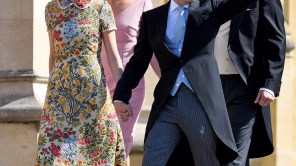 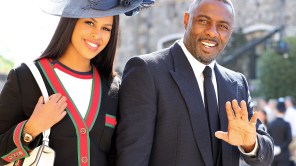 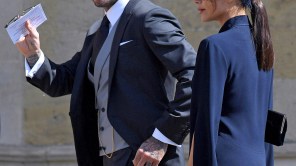 U.S. news outlets breathlessly covered the “fairytale” Royal Wedding this morning, in which the Brits provided the pomp, but Americans dominated the ceremony.

Here is how the coverage went, on U.S. ET time:

6:05 AM: ABC News’ David Muir reports bride Meghan Markle is running a bit late. ABC’s British experts on hand explain that this is no small thing, British royalty being “theater” and “she is a bit late on her cue.” We learn the bride’s favorite flower: peonies.

6:08 AM: NBC News reports newlywed royals did not get privacy in Iceland in Middle Ages, where five people from court, including one lawyer, had to watch the marriage being consummated. Savannah Guthrie and Hoda Kotb erupt in laughter. Savannah says it’s a bit of luck for us that things have changed – a view maybe not shared by TMZ. Savannah wonders why people aren’t talking about what Queen Elizabeth is going to wear. Brit expert says she is always monochromatic, wears a “cake-like hat” and a dress that is weighted at the bottom so it does not fly up in a breeze. TMI.

6:15 AM: NBC News team wonders if we know where Markle and Prince Harry are going on their honeymoon, while their Brit correspondents scolds, “No, and I hope we don’t find out. It’s their private time.”

CBS News’ Gayle King, meanwhile, wonders if it could cause tension in the royal family if “Meghan comes in and gets all their publicity.” Gayle also wonders how Markle will deal with giving up her acting career. Markle is former cast member of USA’s Suits. CBS shows Elton John seated inside the chapel for the ceremony, as well as CBS late-night host James Corden in his, which is not as good as Elton’s.

6:30 AM: NBC, CBS and ABC are in a death match for most shots of Serena Williams, George and Amal Clooney, Elton John, and James Corden. Also some sightings of Victoria and David Beckham.

6:35 AM: Prince Harry arrives, with his brother. “He’s got the beard!” raves CBS News’ Gayle King, answering the pressing question as to whether the groom would shave his facial hair because….Much made of Harry wearing his military dress uniform; it’s explained to Gayle there was no chance he was going to wear spongebag trousers and morning coat. He’s a military man. Wedding guests were told they could not wear swords, also no medals, but Prince William has made up for that and more with his outfit.

6:54 AM: ABC News broke the news that Markle is in a big veil and is wearing sleeves, while CNN declares fabulous Queen Elizabeth’s acid green outfit with purple accents, and insists viewers will not know Prince Philip had just had hip surgery, and that he is 96 years old. Despite earlier chatter on broadcast networks about Markle being American-bride late, this is running British Royal-y on schedule, CNN declares.

6:59 AM: Royal Family Mothers corralling of the royal kiddies. Brits on CNN’s team mull which royal children they are seeing on screen; American viewers Google the names.

7 AM: Meghan Markle emerges from Rolls Royce in an extremely conservative, by American standards, and elegant Givenchy gown, a design house now headed for the first time by a woman. “That is a surprise, not a lot of people talked about it,” Anderson Cooper says. CNN declares it a “pro-feminist statement” for a woman to become head of a French design house. “What an extraordinary moment for this country,” Cooper says, as Markle becomes the first royal bride to walk the first bit of the way down the aisle by herself. She is met by her soon-to-be father-in-law.

7:07 AM: Pool shot shows Markle’s mother, in pale green, seated to left of the wedding couple; Harry’s father and step-mom to their left, as Rt. Rev. David David Conner, aka Dean of Windsor, officiates.

7:13 AM: “I will,” Harry says when ceremony gets to the “Will you, Harry” part, causing crowd outside to erupt in “hurrah!”-ing, heard by guests in the hall, who titter.

7:28 AM: U.S. Bishop Michael Curry, described on Fox News Channel’s screen as US Episcopal Church leader, delivers wedding address. When it gets to the point where he is walking wedding guests through The Bronze Age — “any of you get here in a car? Nod your head if you did, because I saw some carriages!” – he has the good sense to promise the crowd he will wrap up soon, and then, “I’ll sit down. We gotta get you married.”

7:35 AM: Wedding couple exchanges vows. Fox News Channel puts interesting facts on the screen during post-ceremony music, including that no politicians were invited to the wedding, more than 5,000 journalists are covering the wedding, and that the queen has to approve all royal marriages.

7:50 AM: Fox News Channel cleverly thinks to put interesting factoids on screen to hold viewers’ attention during post-ceremony musical performance: No politicians were invited to the wedding in St. George’s Chapel, which was constructed between 1475 and 1528, while more than 5,000 journalists are covering the wedding. And, the queen has to approve all royal marriages. Setting up the ratings horse race to follow, FNC also reports that in 1981, 750 million worldwide watched the wedding of Prince Harry’s parents, Prince Charles to Lady Diana Spencer, and, in 2011, 2.4 billion watched the wedding of Harry’s brother Prince William and Kate Middleton.

8:06 AM: “History has been made; this is what the crowd has been waiting for,” CNN’s Anderson Cooper says, telling viewers that many of those they are seeing standing outside the chapel witnessing The Royal Kiss work for charities the couple supports.

ABC News notes the couple has been given the title Duke and Duchess of Sussex loaned by the Queen, made for Queen Mary, the wife of George V. Robin Roberts wonders what is in the queen’s purse, and is informed it’s usually lipstick and a compact, but she never carries money unless she is in church, so that she can put money in the collection. They discuss the “huge surprise” that was Markle’s decision to wear a dress from a French design house, though designer Claire Keller is a Brit, and how it screams, “This is a couple with a global perspective.”

8:19 AM: Disney-owned ABC is in full “fairytale” mode. David Muir notes BBC has tweeted: “Find someone who looks at you the way Harry looks at Meghan,” but does not mention BBC also tweeted “We’re not crying. You’re crying,” and “just like a fairytale.”

Adrienne Bankert, out with the masses along the wedding route for ABC News, calls the couple’s procession away from the ceremony “a love locomotive,” while the words “A Modern Fairytale” is seen on screen.

Muir notes Markle is 36 years old, which is how old Diana was when she was killed in the car accident, and therefore has “several more years under her belt” than did Harry’s mother when she married into “the firm,” as viewers learn the royal family calls itself.

8:32 AM: As the carriage carrying the wedding couple heads to the receptions, CBS News’s Gayle King says Markle’s wedding gown emphasizes her “slender, sculpted waist,” adding “she has a beautiful figure.” Noting people along the route had spent the night out there to secure their position, Gayle King says “I did not spend the night on the streets, but I know some of the people that did,” and that she thinks it was worth it.

King reports she saw Oprah in the chapel swaying to the gospel choir singing of “Stand By Me” during the ceremony.

Markle’s veil is 16 feet long. Her wedding bouquet was picked by her husband from the royal garden and includes forget-me-nots which, CBS News reports is Meghan’s favorite flower. This contradicts earlier ceremony reporting elsewhere that her fave blossom is the peony, and hopefully this will get cleared up.

8:43 AM: CNN is talking about Markle being bi-racial and how white is the royal family and their household. Don Lemon begins: “As I’ve walked through the streets here – I’ve been to London a lot,and people, sometimes they recognize me and sometimes they don’t, people on the street: ‘Don Lemon, you’re here!’ There are black people from different nations on the street here to celebrate this,” he says.

“This is a moment for the world,” Lemon continues. “We’re dealing with so much division in the United States, and it’s great to come here and have Meghan and Harry and the royal family know we should be together. That is the big takeaway from today.”