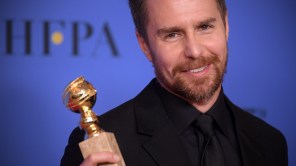 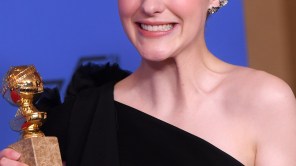 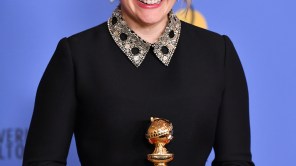 The 75th anniversary Golden Globe Awards were handed out tonight at the Beverly Hilton, and it was a great night for Three Billboards Outside Ebbing, Missouri, which won Best Motion Picture, Drama, and three other awards including Best Actress for Frances McDormand.

Gary Oldman continued his awards-season run with a Best Actor win for playing Winston Churchill in Darkest Hour, and Guillermo del Toro picked up the Golden Globe for directing The Shape of Water, which also took Original Score for Alexandre Desplat.

On the TV side, HBO led all networks with four wins — all for Big Little Lies, which won for Best TV Limited Series/Made for TV Movie and acting nods for Nicole Kidman, Laura Dern and Alexander Skarsgard. Streamers Hulu and Amazon got two apiece, with Hulu and Elisabeth Moss following up their Emmy wins for The Handmaid’s Tale. Rival Netflix got one for Aziz Ansari’s acting in Master of None.

NBC represented broadcast with a Best Actor win for Sterling K. Brown’s role in This Is Us, and FX was the only basic cable net to scoop a Globe, with Ewan McGregor winning for his dual role as brothers in Fargo.