Popeye, Betty Boop, Prince Valiant and Mandrake have a new leader as King Features Syndicate has named C.J. Kettler as its president.

The Hearst Entertainment & Syndication group is home to the iconic cartoon characters, part of King Features Syndicates’ worldwide distribution universe of comics, columns, puzzles and games to print and digital outlets. It is one of the largest licensors of brands and comics characters for entertainment programs and consumer products. 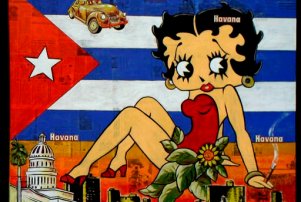 Kettler’s mission is to focus on new initiatives for King Features brands and comics in digital video entertainment across multiple new platforms. Her most recent job was as EVP consumer brands and strategy at Houghton Mifflin Harcourt, where she developed a media literacy curriculum for Channel One News, the in-classroom news service. She was also the executive producer for Carmen Sandiego, which will debut on Netflix in 2019 with 20 episodes.

The appointment announcement was made by Hearst Entertainment & Syndication President Neeraj Khemlani, to whom Kettler will report.

“With her wealth of digital media and production experience, C.J. will further develop King Features’ iconic characters for the next generation of views on multiple media platforms,” Khemlani said. “As premium kids’ programming continues to expand onto Netflix, Hulu, Apple, and Amazon, and short form video continues to move onto platforms like YouTube, Snapchat and Facebook, so will our characters.”

Kettler said the value of the characters “can’t be overstated.”  King’s characters are “instantly recognizable, especially at the thumbnail scale that now dominates the entertainment market.”

Earlier in her career, Kettler was CEO of Sunbow Entertainment, which specialized in the production and distribution of animated series, including The Tick, My Little Pony Tales and The Mask Animated Series. The company was sold to Sony and Kettler became a founding member of the Oxygen Media management team, serving as president of sales and marketing. She also has held senior management positions at MTV Networks, Vestron, Solera Capital, LIME and Travelzoo.