Continue to Deadline SKIP AD
You will be redirected back to your article in seconds
Skip to main content
September 13, 2017 6:18pm
80 View All 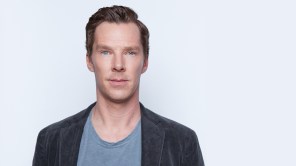 Actors and directors of the top TIFF premiering films have been stopping by the Deadline Studio in Toronto all week; including Jennifer Lawrence from mother!; Emma Stone, Steve Carell and Sarah Silverman from Battle of the Sexes; Benedict Cumberbatch, Michael Shannon and Nicholas Hoult from The Current War; and many more. Click on the photo above to launch the gallery.

Keep watching Deadline for more photo galleries and video interviews from the Deadline Studio at TIFF 2017.

Deadline Studio at TIFF 2017 is presented by Calii Love, Watford Group, Philosophy Canada, and Equinox. Special thanks to Dan Gunam at Calii Love for location and production assistance. Photographs by Chris Chapman.