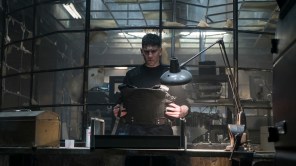 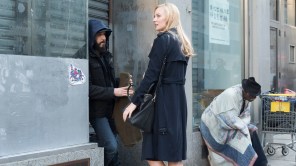 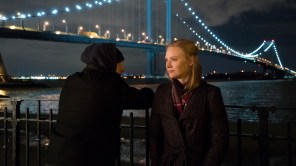 In an unusual move Marvel and Netflix are leaving fans in the dark about exactly when The Punisher will launch on the streaming service this fall – with sooner rather than later seeming to be the case.

The streaming service this morning sent out a release with a redacted premiere date for the Jon Bernthal-starring series, as well as new key art and episodic photos.

The as-yet unknown release date is a rare move for Marvel and Netflix, who usually give a lot of lead-up to the launch of the high profile and much anticipated series. While we don’t know exactly when Punisher will drop, we do know that the show will be making an appearance at New York Comic-Con early next month. Bernthal made appearances at San Diego Comic-Con and at NYCC last year.

In Marvel’s The Punisher, after exacting revenge on those responsible for the death of his wife and children, Frank Castle (Jon Bernthal) uncovers a conspiracy that runs far deeper than New York’s criminal underworld. Now known throughout the city as The Punisher, he must discover the truth about injustices that affect more than his family alone. The cast also includes Daredevil alum Deborah Ann Woll reprising her role as Karen Page, along with Ben Barnes (Westworld) and Ebon Moss-Bachrach (Girls).

See the motion key art below. Click on the photo above to launch the gallery.