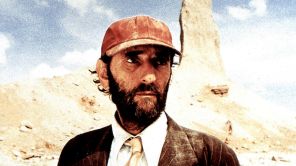 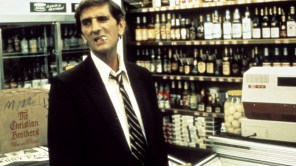 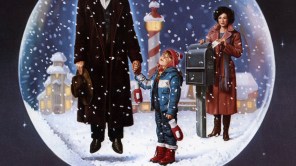 Harry Dean Stanton died today at age 91 in Los Angeles, two weeks before his latest film Lucky was due to hit theaters from Magnolia Pictures. It is the latest of his more than 200 film and TV credits for the character actor extraordinaire, who was perhaps best known for his roles in Repo Man, Paris, Texas, David Lynch’s movies and Twin Peaks TV series, and as the patriarch of the polygamist family at the hub of HBO’s Big Love.

Still, the breadth of his roles was impressive, from Alien and Pretty In Pink to Gunsmoke, and Cool Hand Luke and The Green Mile to Rango.

Lucky has been getting awards-season buzz for Stanton’s performance as a 90-year-old atheist thrust into a journey of self-exploration in his small desert town.

Hollywood was quick to weigh in on his death today including Lynch:

A statement from @DAVID_LYNCH on the passing of the great Harry Dean Stanton. #RIPHarryDeanStanton #TwinPeaks #Showtime pic.twitter.com/EmsO1zotsk

Harry Dean Stanton had the best line in CHRISTINE: "I'm selling' this shithole and buyin' a condo." Rest in peace, HD. You were great.

Harry Dean Stanton was a wonderful man, kind and full of humor. He was also a great actor. Goodbye, Harry Dean. Rest in peace.

Roger Ebert once said, "No movie featuring Harry Dean Stanton can be altogether bad." That is the power of a truly extraordinary actor. #RIP pic.twitter.com/zkDVzFURb2

Harry Dean Stanton was the definition of cool. On Alpha Dog, he wouldn't leave a room w/o saying, "Love ya. Mean it." Such a great guy. RIP

Goodbye, Harry Dean Stanton. Every man has your voice. pic.twitter.com/t8odfnx1at

Harry Dean Stanton is smoking in the heavens. pic.twitter.com/2u6sEKAK69