Continue to Deadline SKIP AD
You will be redirected back to your article in seconds
Skip to main content
July 12, 2017 12:32pm
9Comments 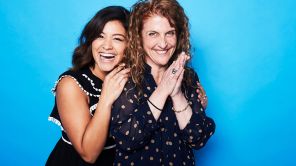 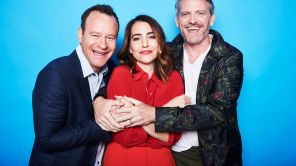 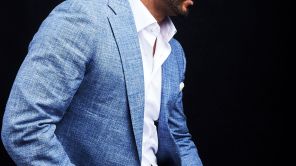 UPDATED with new analysis on likely nominees: With the town eagerly awaiting tomorrow’s 8:30 AM PT announcement of this year’s Primetime Emmy nominees, pundits can’t seem to control themselves. That’s judging by headlines all over the web such as “8 Burning Questions Before Emmy Nominations” and “12 Things To Look For In Emmy Nominations” and “What New Shows Will Break Through In Emmy Nominations?” And yes, you even can find my exhaustive detailed predictions in 24 categories at our sister site Gold Derby, which lives and breathes this stuff.

The truth is that with its increasingly democratic process in picking nominees and winners — the select committee method has been thrown out the window — from among the some 21,500 eligible voters in the 24,000-strong Television Academy, it is far more likely to see the more popular names, and heavily campaigned contenders, dominate the proceedings as usual. But the bigger question for me will be to see just how successful the all-stops-out efforts of Netflix and Amazon will have been in delivering cold, hard nominations. Does money talk in such a crowded landscape, or can the little guy break through against juggernauts like those streamers, HBO, Showtime and their ilk? By “little guy” I mean, ironically, the broadcast networks, which by and large seem to have been shut out of this game in any significant way other than airing the primetime Emmy broadcast in a rotating wheel among Fox, NBC, ABC, and for 2017 CBS.

That will be answered this year in just how impressive the showing of NBC’s This Is Us is in the drama series categories that otherwise will be dominated as usual by cable and streamers with the likes of new entries such as The Crown, The Handmaid’s Tale, Stranger Things, etc. If This Is Us can break through with Game of Thrones-like numbers of nominations (that HBO juggernaut is not eligible this year), that certainly will be the story of the morning, a signal that the commercial nets can still play at this game with the right stuff. That marquee Drama Series category is the one to watch, almost certain to be dominated by first-season shows — an unusual situation for the Emmys, which tend to be plagued with repeat nominees year after year.

I don’t expect any kind of earthquake to happen in the corresponding Comedy Series category, where HBO’s two-time defending champ Veep should ride the political wave to dominate a familiar list of contenders that might be notable only for the absence of five-time winner and seven-time nominee Modern Family, which might be edged out of the list for the first time ever. In the Limited Series area, there is no question, no question, that FX’s Feud and Fargo and HBO’s Big Little Lies will rack up huge totals.

With an eye-popping 117 Emmy categories, there is just so much to look for — but one category that could be the most interesting is Variety Talk Series, where the Trump Effect likely will be in full bloom. Will the largely liberal TV Academy anoint John Oliver, Trevor Noah, Samantha Bee, Seth Meyers and especially (Emmy host) Stephen Colbert, who was shut out in 2016, his first Emmy season as host of CBS’ Late Show, but has seen his program come roaring back thanks to his nightly Trump rants. Noah also missed the cut last year in his first chance for the perennially nominated Daily Show, but I expect he has a real shot for his sophomore turn.

Another politically charged perennial contender (and loser) here is Bill Maher, who might be edged out due to a controversy over his use of the N-word on a show that hit just as voting was getting underway. If he loses his usual spot, it likely would go to Colbert or Noah. If he gets in, it will probably be at the expense of Jimmy Fallon’s The Tonight Show (nominated for all three years he has hosted), which drew criticism when its host seemed to “humanize” Donald Trump during the campaign by messing up his hair. I expect both Jimmy Kimmel and James Corden to grab nominations again here, which also could mean difficult times for Fallon and Maher. We’ll see. As for the other big question of the day: Just how long will it take for a Trump tweet to appear regarding the inevitable Supporting Actor in a Comedy nomination for Alec Baldwin?

“A lot of people are going to be disappointed on July 13th,” one awards pundit predicted to me recently about the morning nominations will be announced.

No matter what happens tomorrow, this has been the biggest Emmy campaign season ever. So in case you missed it the first time, below is my story recapping this year’s wild and fascinating race for Emmy gold just as voting began in mid-June:

PREVIOUSLY, June 13: We were discussing the sheer volume of contenders with big campaigns behind them this year. It seems a lot of people have high hopes. Every year it gets bigger — and the odds get longer — but this one seems unprecedented in Emmy history. Everywhere you go there is some For Your Consideration ad for some show staring you in the face. Just yesterday, as I was driving down La Cienega Boulevard, the sheer numbers of banners hanging from every light pole was staggering. On one side were ads for FYC events at Upright Citizens Brigade that NBCUniversal had for the likes of Superstore, Master Of None and The Good Place among others. On the left side of the street CBS Studios was advertising FYC events taking place in Studio City from 8-10 AM for programs including Late Late Show With James Corden (8AM? Are they kidding?).

But they aren’t alone with the morning stuff. Netflix offered a “waffle breakfast” to lure potential voters to their below-the-line soirees for Stranger Things crafts artisans Sunday at their rented 29,000-square-foot office space in Beverly Hills where they have been holding daily FYC events for the past few weeks, known as Netflix FYSee. Several women dressed as Handmaids were seen marching around at various L.A. hot spots over the weekend to promote Hulu’s The Handmaid’s Tale (unless they were just crazy fans),  while FX was busy trying to drum up new Russian paranoia — as if we don’t have enough — in well-placed ads in the New York Times and elsewhere for The Americans, about undercover Russian spies in the U.S.

The list goes on and on, and if you are a voting Academy member as I have been for decades, you are inundated constantly with all this stuff. This year has been worse that ever in terms of screeners, which I have piled up everywhere at this point — and they keep coming not only by mail and streaming subscriptions but also stuffed in the pages of Emmy Magazine which always balloons in size this time of year.

In the goodie bag at this weekend’s PGA Produced By event on the Fox lot was a large drug prescription bottle for Viceland that was filled with little white candy (I hope) pills. After I got back from my May sojourn to the Cannes Film Festival, I was greeted with a rotting box of Rainbow Bagels and Funfetti Cream Cheese (yuk!) “courtesy” of The Unbreakable Kimmy Schmidt that had obviously been sitting there a few days awaiting my return.

And on top of all this have been endless, and I mean endless, FYC events every night, and sometimes two or three a night coming from unofficial events at the TV Academy’s Wolf Theatre at its Saban Media Center, duplicate events for members in NYC, the aforementioned UCB, as well as nightly FYC sessions (with an open bar) at the Netflix temporary Emmy headquarters, and earlier in the season for Amazon’s shows at their makeshift but impressive shrine to themselves at the Hollywood Athletic Club. And they are all packed.

I moderated a fun and lively session at Netflix on Friday for its innovative A Series Of Unfortunate Events, with cast including Neil Patrick Harris and executive producer Barry Sonnenfeld, that was SRO even considering NBC was throwing a FYC event for Hairspray with a live concert component across town at the TV Academy at the exact same time. Of course, there are now 24,000 Academy members and about 21,500 of them can vote, so that makes for a lot of potential customers for these things. By my count I received 25 slickly produced invites in the mail, times double or triple that on email invites. At all of these things liquor and food is readily available and schmoozing encouraged. Attendees can often be seen handing out business cards to anyone who looks like they can give them a job.

In order to compete and get noticed with all of this stuff aimed at voters, some places are getting innovative — particularly CBS, which doesn’t really seem to want to spend the kind of loot cable competitors, and especially those upstart streamers, are forking over. CBS’ sitcom Mom took out ads announcing that in lieu of a $250,000 Emmy campaign this year, they will donate the money to Planned Parenthood. And CBS Studios yesterday started handing out FYC reusable tote bags at farmers markets around town.

They also are going green with their Emmy mailer. “With the tagline ‘This Emmy race makes the world a better place,’ our mailer is a contrast to some of the huge heavy screeners piling on desks and stuffing mailboxes this season,”  a spokesperson tells me. “Our mailer is wrapped in a seed-embedded, plantable belly-band and made of 100% recycled material.” Who knew you could plant screeners of Crazy Ex-Girlfriend? An attached card directs voters to their site to stream episodes of their shows.

Nearly everyone offers cards with free access to their shows, including full seasons. The TV Academy itself runs a portal, for a price of course, to studios, where members can see programming year-round.

Whereas the Academy of Motion Picture Arts and  Sciences continually refines its rules of campaigning to curtail or frown upon this kind of volume activity during their high holy season, the Television Academy (where I served on the Board of Governors for six years) has always turned a mostly blind eye to it, although it does have standards and won’t allow certain over-the-top practices at their house of TV worship in North Hollywood (all invites for those are coordinated and sent through the Academy, even if at the bottom of each invite there is a disclaimer saying it is not an Academy event).

I am not sure if any of this actually results in hard-core votes (we’ll FYSee), but it actually has turned into a kind of fun time of year in which the TV industry is basically proving they have a lot of interest in Emmy season, and the TV Academy, while making money off theater rentals, mailings and Emmy Magazine ads, is also increasing its importance with all this attention paid. (Full disclosure: Deadline also kicks things off in early April each year with a well-attended The Contenders Emmys all-day event at the DGA theater, with videos of the some 50 participating shows published twice daily on Deadline right up to the start of voting.)

Now it is crunch time to see whether all this effort being poured into just Phase One of Emmy season really pays off. For some it will, and that is probably justification enough for all the hoopla that makes the Emmy period a real rival to Oscar season.