Continue to Deadline SKIP AD
You will be redirected back to your article in seconds
Skip to main content
July 20, 2017 8:25am
1Comments
18 View All 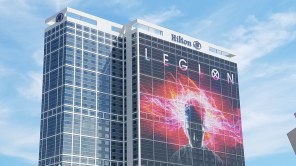 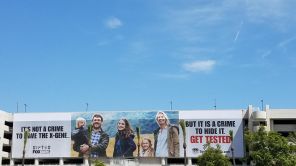 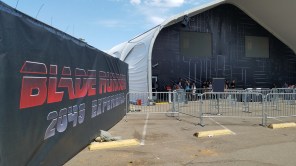 Forget about Marvel vs. DC or The Walking Dead vs. Game Of Thrones in Hall H. The really big battle at Comic-Con this is between Legion and People Of Earth. With the confab officially underway today, the FX/Marvel drama and the TBS comedy about an alien abduction support group have taken over the most marketing square footage by far in San Diego this year.

The scrimmage for the attention of the tens of thousands and more descending on the city over the next few days has newbies like ABC’s The Inhumans, Fox’s Gifted, and NBC’s Midnight, Texas, Amazon’s The Tick and Audience’s Mr. Mercedes all strategically positioning themselves on the walls or the streets surrounding Comic-Con HQ at the San Diego Convention Center.

Click on the photo above to launch our gallery and see what we mean.

The mutant-themed Gifted, like Conan O’Brien’s SDCC-filmed shows and The Crossing, have a logos and imagery wrapped around the local iconic trolleys. And let’s not leave out GoT and TWD, with the former bordering the train tracks next to the convention center and bannering the giant hallways inside. With a panel set for Friday, the AMC blockbuster has star Andrew Lincoln on attendees’ badges, a booth on the SDCC floor, a zombie-themed venue outside and, once again, security screeners that everyone has to go through.

In addition, Warner Bros’ Blade Runner 2049 and Fox’s Kingsman: The Golden Circle are among the big-screen projects that have gone big at SDCC this year with immersive experiences, on different formats. Up and down the streets of the packed city this week, official SDCC banners are accompanied by images from Marvel’s Black Panther and Thor: Ragnarok – a pretty good way to reinforce your marketing message, as well as give away you are likely showing some footage on Saturday in Hall H.

Along with the Will Smith-starring Bright, Netflix’s Stranger Things’ second season and the Marvel team-up show The Defenders both also have a fully branded location right across from the convention center. Additionally, the December-debuting Bright and the August 10-launching matchup series featuring Luke Cage, Iron Fist, Jessica Jones and Daredevil are partially curved around a building in the foot-traffic-heavy Gaslamp Quarter.

Back to Legion and People Of Earth. The former is taking up all of the front of San Diego’s Bayshore Hilton and looking over both SDCC and the water, with the series exec produced by Noah Hawley FX’s latest show to hold the prime marketing position. Right on the other side of the convention center, the David Jenkins-created and Wyatt Cenac-starring People Of Earth is wrapped around the city-facing side of the Marriott Marquis, replacing Conan’s presence there last year and in 2015.

It may annoy the old-school crowd, but clearly the branding adage of Comic-Con 2017 is go large or go home.