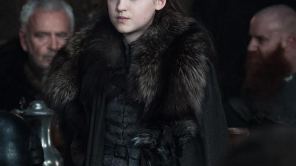 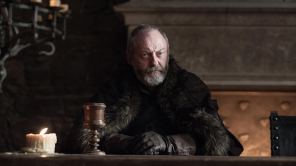 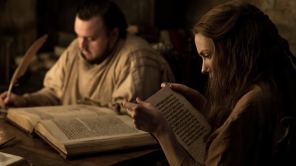 HBO has unveiled first-look photos for its long-in-the-works Season 7 of Game Of Thrones, the reigning Emmy Best Drama Series that had been on ice since Season 6 ended in April 2016. No shots of melting ice blocks here (thankfully), as the network ramps up for the new season that launches July 16 by offering up teasing images of the major players — including Cersei, Jaime and Tyrion Lannister, Jon Snow, Daenerys Targaryen, Sansa and Arya Stark and Sandor “The Hound” Clegane to name a few. (Click on the photo above to launch the gallery.)

The latest season will comprise seven episodes, part of a plan to wind up the series with a six-episode Season 8. The year-plus span between Season 6 and Season 7 was the result of timing: episodes usually shoot during during the second half of the previous year that season bows; Season 7 was delayed because the storyline required a longer period of shooting in winter conditions. Winter Is Coming and all that.

Last month, in an extraordinarily elaborate, elongated Facebook Live video announcement watched by more than 150,000 fans, the Season 7 premiere date was revealed as a big block of ice was melted by flaming torches. HBO promo’ed that the reveal would be made at 11 AM PT, but the first iteration of the video ended abruptly without a premiere date. A second version also ended without a reveal. Third time (after an excruciating wait) was the charm.

This marks the beginning of the end for GOT, whose creators David Benioff and D.B. Weiss had revealed in August that the series will end with Seasons 7 and 8.