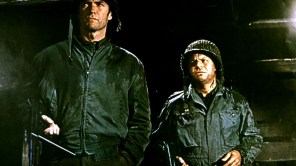 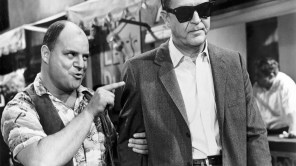 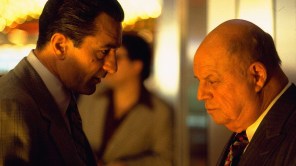 Don Rickles, the legendary comic, actor and honorary Rat Pack member, died Thursday morning at his home in Los Angeles from kidney failure, according to his longtime publicist Paul Shefrin. He was 90.

Best known as an insult comic — many called him “Mr. Warmth”; he called them “dummy” or “hockey puck” — he was also an actor, playing both comedic and dramatic roles on film. He was a frequent guest on The Tonight Show Starring Johnny Carson, Late Show with David Letterman and later Jimmy Kimmel Live!

He also was the voice of Mr. Potato Head in Pixar’s Toy Story franchise and was working on Toy Story 4 at the time of his death. “Well, I’m a riot. The rest of the show is weak,” he once joked about Toy Story. “I gotta be honest, the things I say are brilliant. Tom Hanks and Tim Allen — you know, time killers.”

Don Rickles Remembered By Hollywood, Without Insults: 'Our World Will Never Be The Same,' Says Bob Newhart

Rickles’ prickly persona was just an act. “Oh, he’s my favorite stand-up comic, and he’s such a nice man,” Dick Van Patten, who appeared on CBS’ The Don Rickles Show, said in an interview with the Archive of American Television. “He’d act so fresh and mean and everything, but he’s not that way, he’s just the opposite.”

Born in Queens, NY, Rickles was a Seaman First Class in the Navy during World War II, serving on a torpedo boat. He began his decades-long show business career performing stand-up comedy in clubs in New York, Miami and Los Angeles after being frustrated by a lack of acting work. He became known as an insult comedian when he responded to his hecklers. The audiences enjoyed these insults more than his prepared material, and he incorporated them into his act. Anyone was a potential mark, especially those who dared sit down front at his Las Vegas gigs.

Rickles made his film debut in 1958 in the submarine thriller Run Silent, Run Deep with Clark Gable and Burt Lancaster. He took a dramatic turn in Roger Corman film X: The Man With the X-Ray Eyes (1963), playing a carnival barker out to exploit the title character played by Ray Milland, and co-starred as Army NCO Crapgame in the 1968 all-star war pic Kelly’s Heroes with Clint Eastwood, Carroll O’Connor, Telly Savalas, Gavin McLeod and Donald Sutherland.

His later film work included roles opposite Annette Funicello in Pajama Party and Beach Blanket Bingo, and as a Vegas slime-ball in Martin Scorsese’s Casino.

Rickles was a regular on the small screen as well, toplining a few series and appearing on countless talk and variety shows. He also appeared in episodes of such classics as The Twilight Zone, The Addams Family, The Andy Griffith Show, I Dream of Jeannie, I Spy, Get Smart! and Wagon Train.

He hosted ABC’s The Don Rickles Show in 1968, at the height of the variety TV days. Something of a one-man roast, the show saw him pummeling colleagues and audience members with insults. But crowds were unmoved, and the network moved on after a few months. A few years later it was CBS’ turn to try a Don Rickles Show. This one was a sitcom starring Rickles as a Manhattan ad exec. It lasted about as long.His next network starring gig was in C.P.O. Sharkey, a short-lived but very funny sitcom that deployed his insult shtick perfectly as a grizzled Navy veteran who is put in charge of a company of new recruits from varied backgrounds and ethnicities. All were clobbered vocally. It aired on NBC from 1977-78. Here are some clips from the DVD release:

“Always very, very funny, but there was no in-between about Don: You either loved him or you didn’t,” C.P.O. Sharkey creator Aaron Ruben told the Archive of American Television. “I thought this would make a good setup for Don where he plays a chief petty officer in the Navy and I surround him with the targets that he usually uses in his club act — a Jewish kid, a Puerto Rican kid, a black kid, a Polish kid. Not that he would be making ethnic or racial jokes, but those little snappers that he had.”

He hosted an episode on NBC’s short-lived variety program The Big Show in 1980 and was back on weekly TV in 1984 co-hosting Foul-ups, Bleeps & Blunders, ABC’s take on the then-popular bloopers craze. It signed off in August 1985.

He got one more shot at series television in 1993, starring opposite Richard Lewis in Fox’s Daddy Dearest. Lewis played a (gasp!) neurotic divorced dad in New York whose (gasp!) obnoxious dad (Rickles) moves in with him and his wimpy son. Boasting insults and put-downs aplenty, it didn’t make it through a 13-episode order.

Rickles also made numerous appearances on The Dean Martin Celebrity Roasts that ran on NBC from the mid-1970s to the mid-’80s. They were an ideal venue for Rickles’ insult-brand humor which he unleashed on Frank Sinatra, Ronald Reagan, Bob Hope, Lucille Ball, Kirk Douglas and Sammy Davis Jr. among others.

His more recent TV appearances included The Bernie Mac Show, Murphy Brown and The Single Guy. He played himself on The Unit and also had a guest spot in Hot in Cleveland. In 2007, Rickles won his only career Emmy Award for Mr. Warmth: The Don Rickles Project, a feature documentary directed by John Landis that aired on HBO.

His final TV series project is Dinner with Don, which sees Rickles dining with friends and fellow comics at some of his favorite L.A.-area restaurants. The guest list includes Billy Crystal, Robert De Niro, Jimmy Kimmel, Amy Poehler, Vince Vaughn, Paul Rudd, Marisa Tomei and Scorsese. A publicist for the 10-episode series from AARP Studios tells Deadline all episodes were filmed before his death. There is no distributor as of yet and no estimated premiere date.

In one segment, Rickles is dining with Zach Galifianakis. “Back in those days, how did you magnify your voice — you know, before electricity?” the Baskets star jabs, drawing off-camera snickers. “You got off a good one,” the Old Master responds with a mock sneer, “and it’s pissing me off.”

He also put out some stand-up LPs at the height of the recorded comedy boom in the late 1960s. Hello, Dummy! sold decently in 1968, but the next year’s follow-up Don Rickles Speaks! barely dented the album chart. And his autobiography, 2007’s Rickles’ Book: A Memoir, written with David Ritz, was published in 2007.

Rickles also performed at President Reagan’s second inaugural. “Good evening, Mr. President,” he said from the stage. “Nice to see you, sir, and your lovely wife Nancy. It’s a big treat for me to fly all the way from California to be here for this kind of money.” As the first couple laughed, the King of Zing did a face palm and literally dropped the mic.

Watch some outtakes from a 2005 American Masters interview with Rickles about Newhart here: