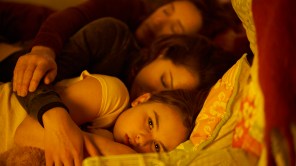 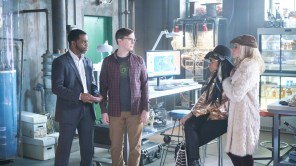 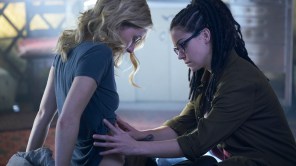 Add to that some Neolution and more Maslany in multiple roles and well, Orphan Black isn’t leaving anything on the field if the photos released  today are any judge (click on the photo above to launch the gallery).

Back on June 10 for its fifth and last season, Orphan Black has attracted a deeply devoted fan base over the years following the every move and incarnation of Maslany’s multiple clones in the Peabody Award-winning series that actually all started on a train platform. Fans in Los Angeles will be able to see Maslany and the rest of the cast and creatives tomorrow at PaleyFest, which will come than 48 hours after they wrapped shooting the series.

#OrphanBlack That’s a Wrap #CloneClub, thank you for being you. This was the family gathered at the monitors at 4am for last shot. XX pic.twitter.com/azGFoYlewA