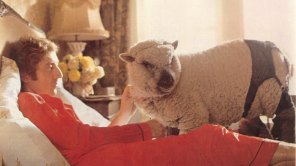 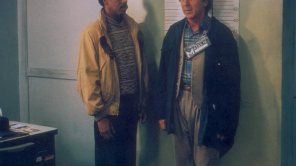 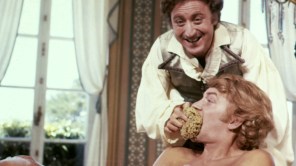 Here is a photo gallery focusing on the career of Gene Wilder, who died Sunday. The revered comic actor starred in such inarguable classics as The Producers, Willy Wonka And The Chocolate Factory, Blazing Saddles and Young Frankenstein and worked alongside such comedy greats as Mel Brooks, Woody Allen, Richard Pryor (four times), Wilder’s wife Gilda Radner, Madeleine Kahn, Cloris Leachman, Marty Feldman and Charles Grodin — and even with the likes of Donald Sutherland and Harrison Ford.

Wilder will be remembered best for his 1974 one-two punch of Brooks’ Blazing Saddles and Young Frankenstein, both of which rate among the most hilarious films ever made, and for channeling Roald Dahl’s chocolate mogul Willy Wonka in the trippy 1971 classic. But his career also included such smaller gems as The Frisco Kid and opposite Pryor in Silver Streak and Stir Crazy.

Click on the fabulous shot of Wilder and Peter Boyle from Young Frankenstein above to launch the gallery.