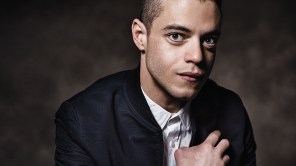 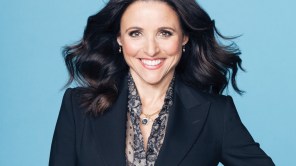 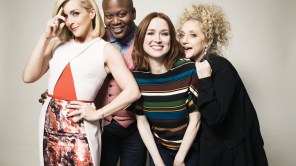 Our galleries of exclusive contenders portraiture continues today after yesterday’s first part, with another series of photos drawn from a strong year for television.

There’s a strong comedy theme today, with Patrick Stewart repping Blunt Talk; Rachel Bloom and Aline Brosh McKenna talking up Crazy Ex-Girlfriend; the cast of Unbreakable Kimmy Schmidt reassembled; Aziz Ansari, whose Master of None has been another Netflix hit; Gael Garcia Bernal making the switch to TV with Mozart in the Jungle; and Paul Rust & Gillian Jacobs falling in Love. Plus, our exclusive cover shoot with the stars of Veep: Julia Louis-Dreyfus, Tony Hale and Anna Chlumsky.

Taryn Manning’s arc on last season’s Orange is the New Black, meanwhile, was a dramatic high point for the show, and Rami Malek, the star of Mr. Robot, burst onto the scene as a talent to watch in the USA Network series.

Click on the photo above to page through our gallery.