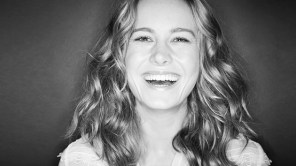 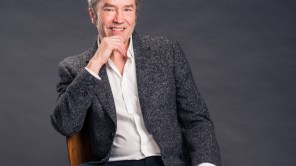 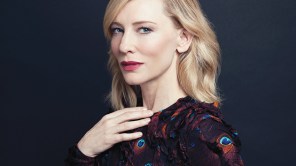 As AwardsLine’s second gallery featuring our exclusive portraits of some of this year’s Academy Awards nominees proves, the Oscar Class of 2016 is drawn from an eclectic range of disciplines. Yesterday, we featured the likes of Alicia Vikander, Matt Damon and Rooney Mara. Today, Lady Gaga and Diane Warren lead the gallery, repping their Original Song nomination for ‘Til It Happens to You from The Hunting Ground. Composer Carter Burwell—nommed for Carol—is similarly musical, and we also feature documentary directors such as Amy‘s Asif Kapadia and Winter on Fire‘s Evgeny Afineevsky. Ed Guiney, who produced Lenny Abrahamson’s Room, is the only single-name nominee in the Best Picture category this year, not bad work for his company Element Pictures. But the producing team behind Spotlight is also featured, made up of four very talented names: Steve Golin, Nicole Rocklin, Michael Sugar and Blye Pagon Faust. We also have a selection of actresses, including Cate Blanchett, Brie Larson, Kate Winslet, Charlotte Rampling and Saoirse Ronan. Click the image above to page through the gallery, for these and more exclusive imagery.